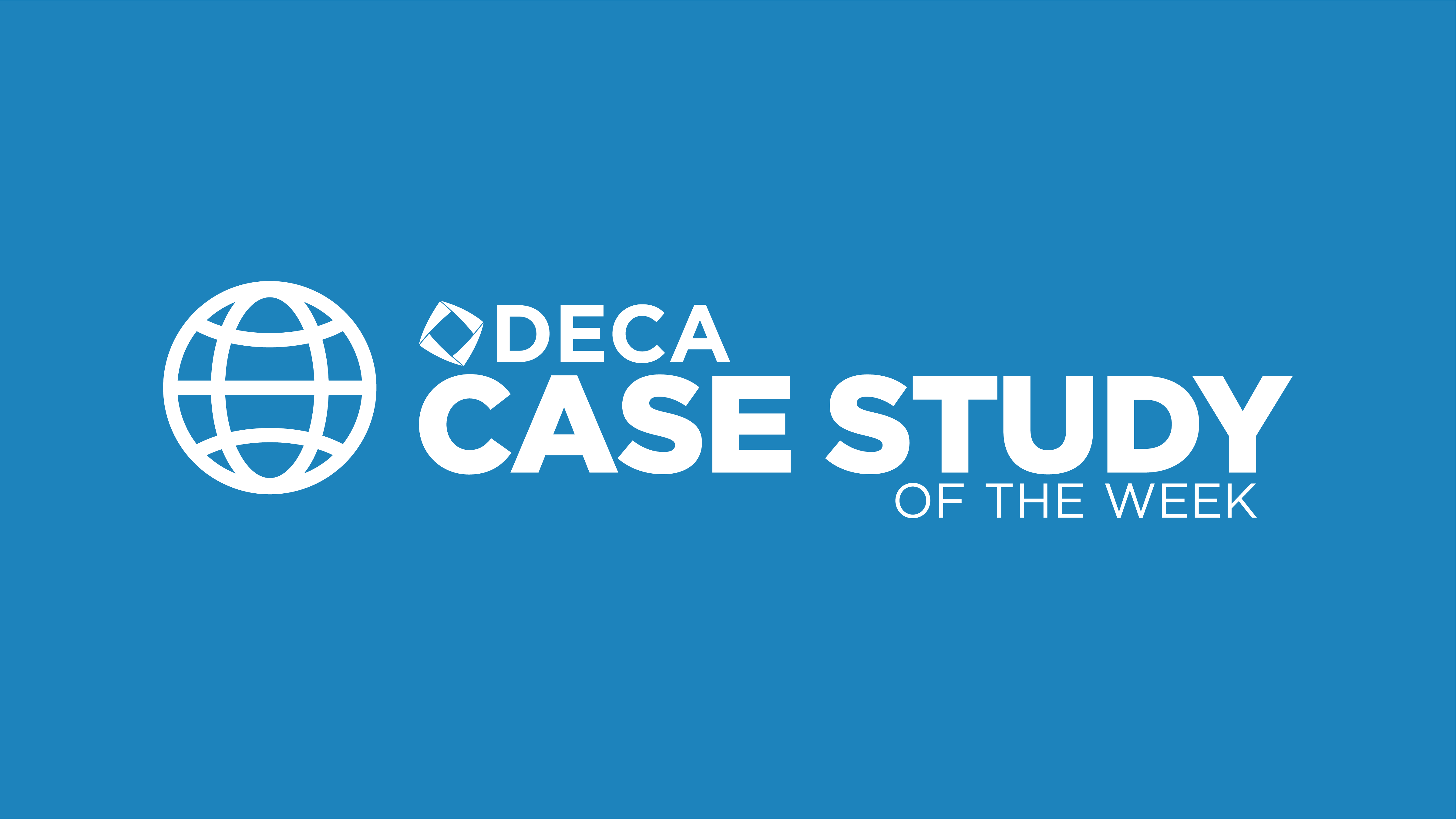 You are the director of community relations for Jumbo Entertainment, a company that owns and operates two amusement parks. One of the amusement parks, Wild Fair, has been in operation for just over three years. Wild Fair features 48 attractions that sit on 125 acres of land in a city of just over 40,000 people. The city is located 30 miles outside of a metropolitan area.

Wild Fair did not have an easy start. After it was publicly reported that Jumbo Entertainment was purchasing land to build the amusement park, the local population was not happy. The 125 acres, plus additional acres for parking, was a green space that would need to be cleared for construction. The closest residents to the proposed Wild Fair location were extremely upset about the changes that would be made in the neighborhood, including an increase in traffic, noise, and pollution.

Residents quickly signed petitions calling for an end. to the sale of land to Wild Fair. Many heated debates were held at the local city hall, but in the end Jumbo Entertainment was able to construct and open Wild Fair

Now, three years after the opening of Wild Fair, executives want to determine if local residents’ attitudes have changed about Wild Fair. Executives are also interested in learning the residents’ comments on the effect Wild Fair has had on the community and are open to suggestions on how to improve its service to the local community. Executives want as many local participants as possible to contribute to the market information.

You must design a questionnaire that will collect needed information from local residents. You must determine:

As DECA’s competitive events specialist, Randi primarily authors role-play scenarios for the collegiate and high school division’s competitive events programs. She also serves as DECA’s liaison for the Virtual Business Challenge and Stock Market Game. Randi assists with the recruitment of judges for both the high school and collegiate International Career Development Conferences. Randi has worked for DECA since 1998. 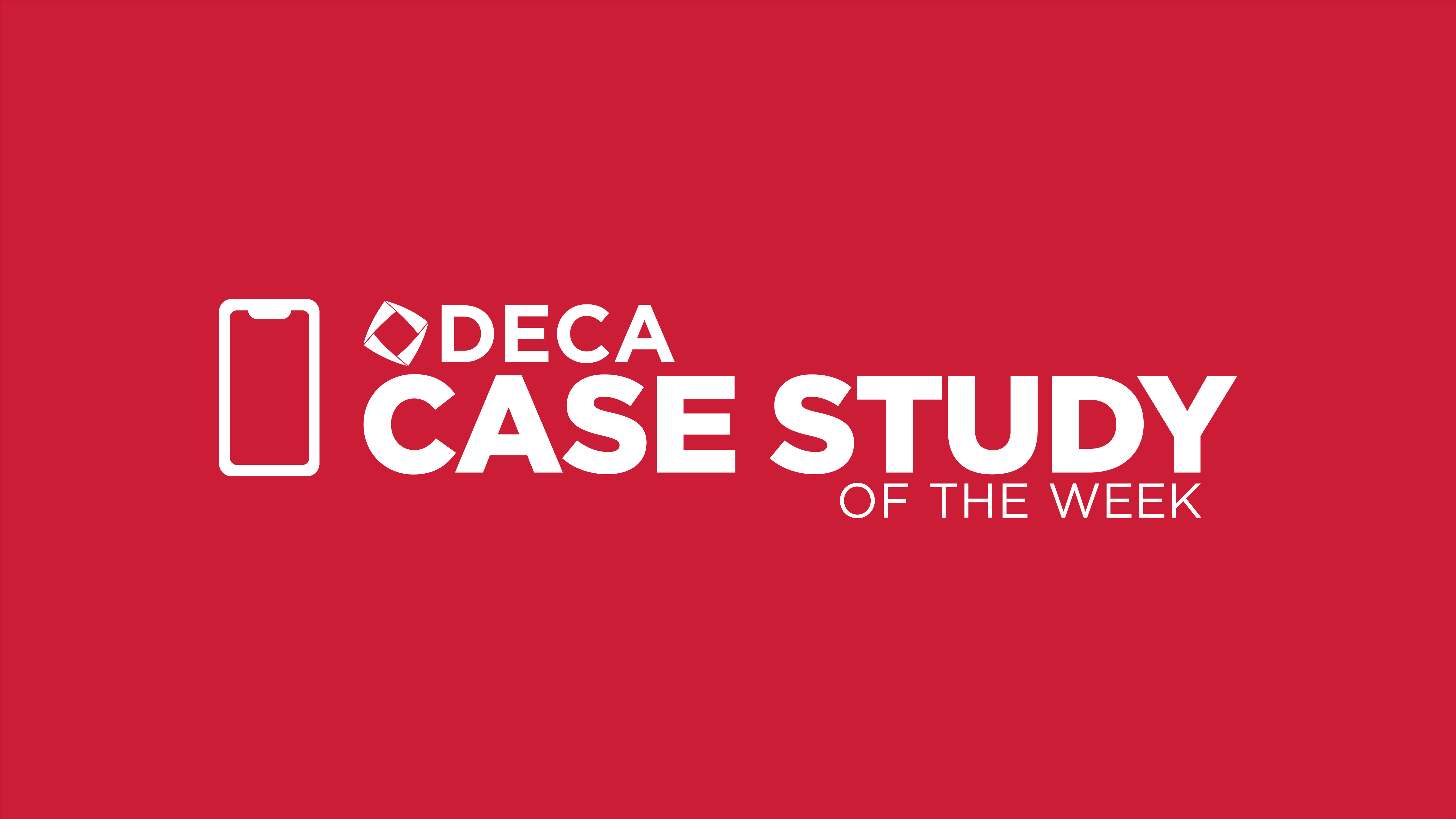 Case Study of the Week: Remarketing a Classic Shoe Store 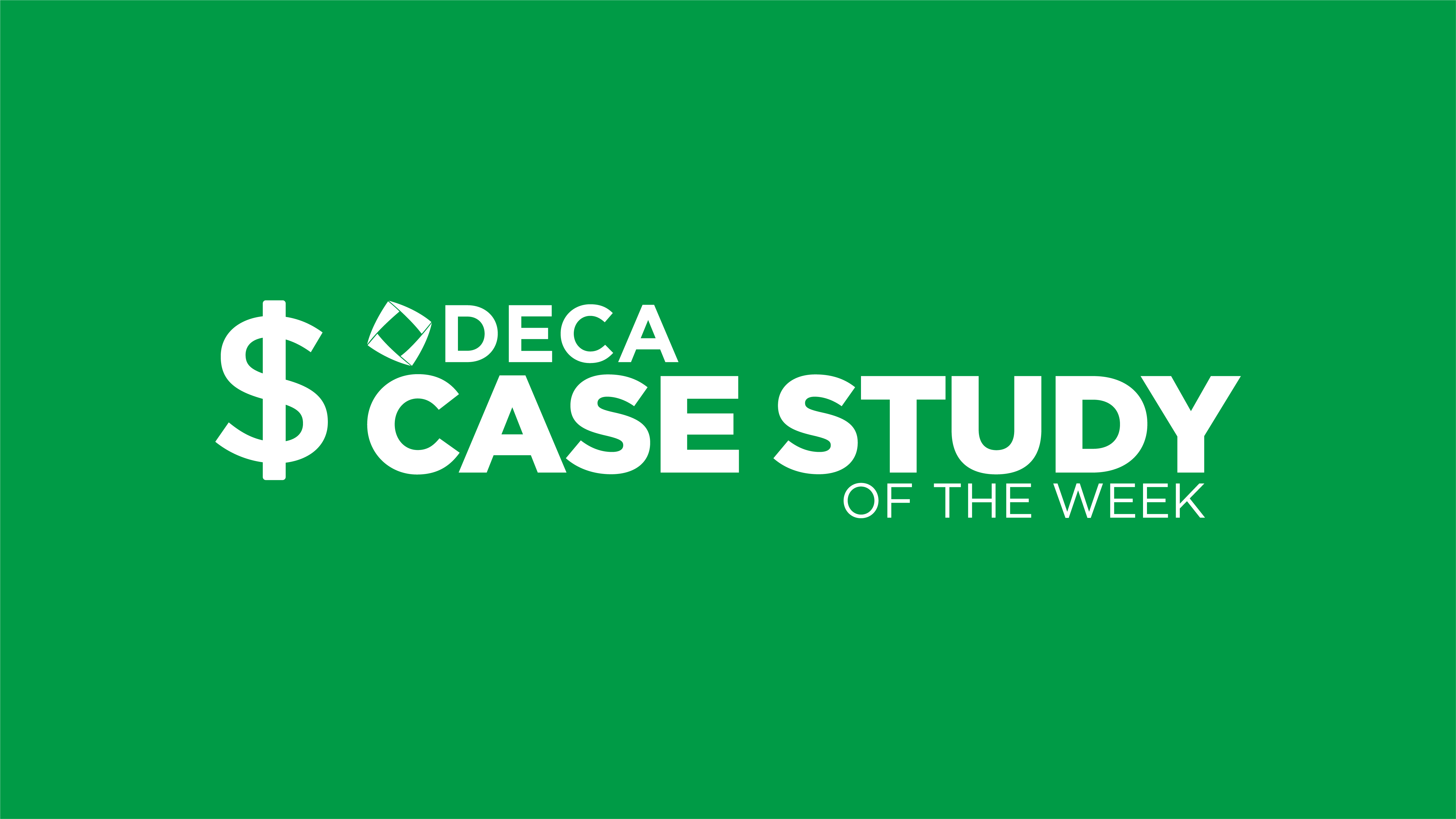 Case Study of the Week: Investing Money at a Bank

You are to assume the roles of the investment manager and investment specialist at Cross Town Bank. You will be meeting with a customer to discuss options for investing in order to earn a return. 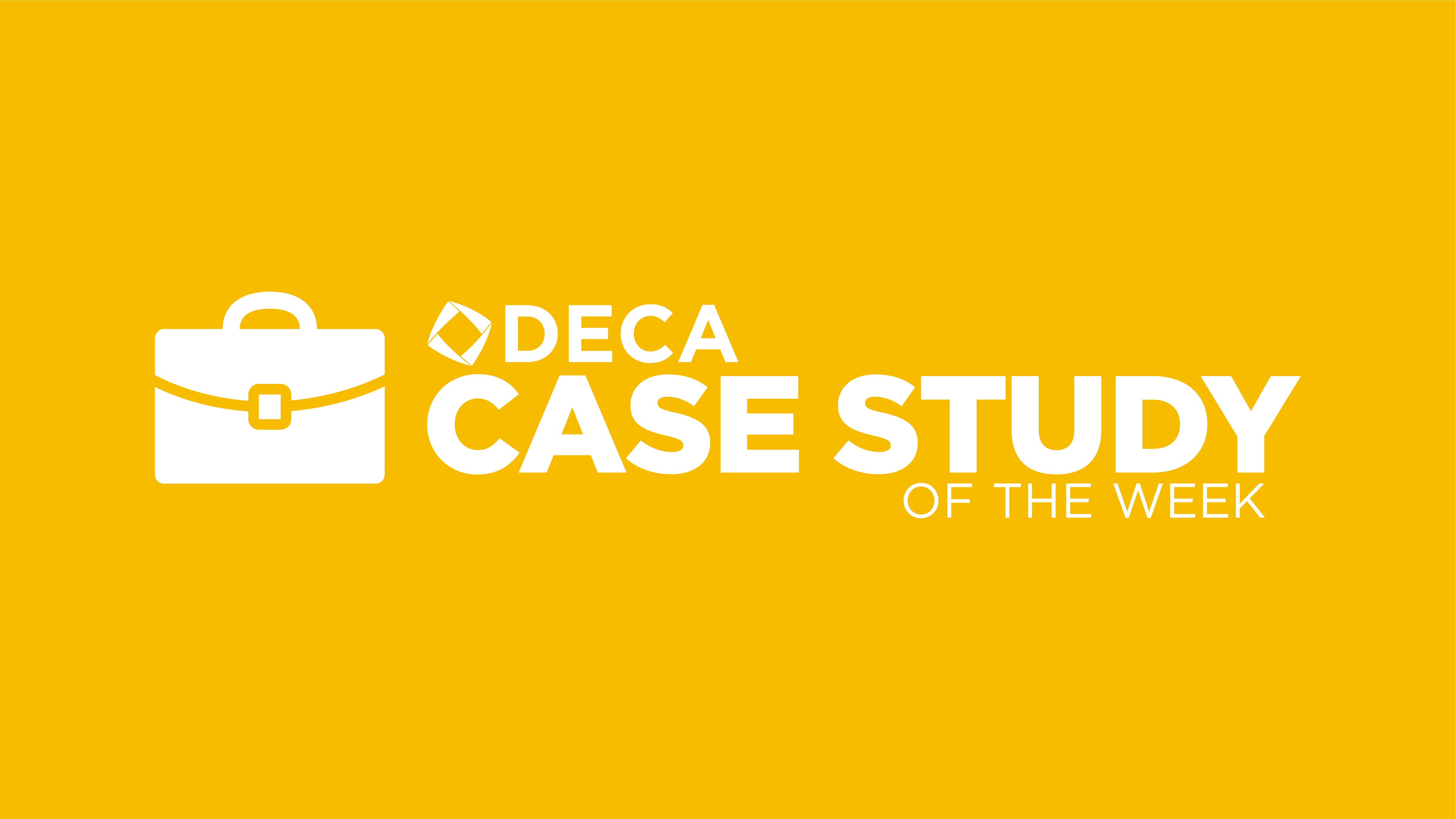 Case Study of the Week: Credit Card Ethics in the Workplace

You are to assume the roles of the human resources director and the operations director at Braxton Productions,. The president has asked you to determine if an employee’s actions are ethical, how to respond, and how to communicate any changes in processes to staff. 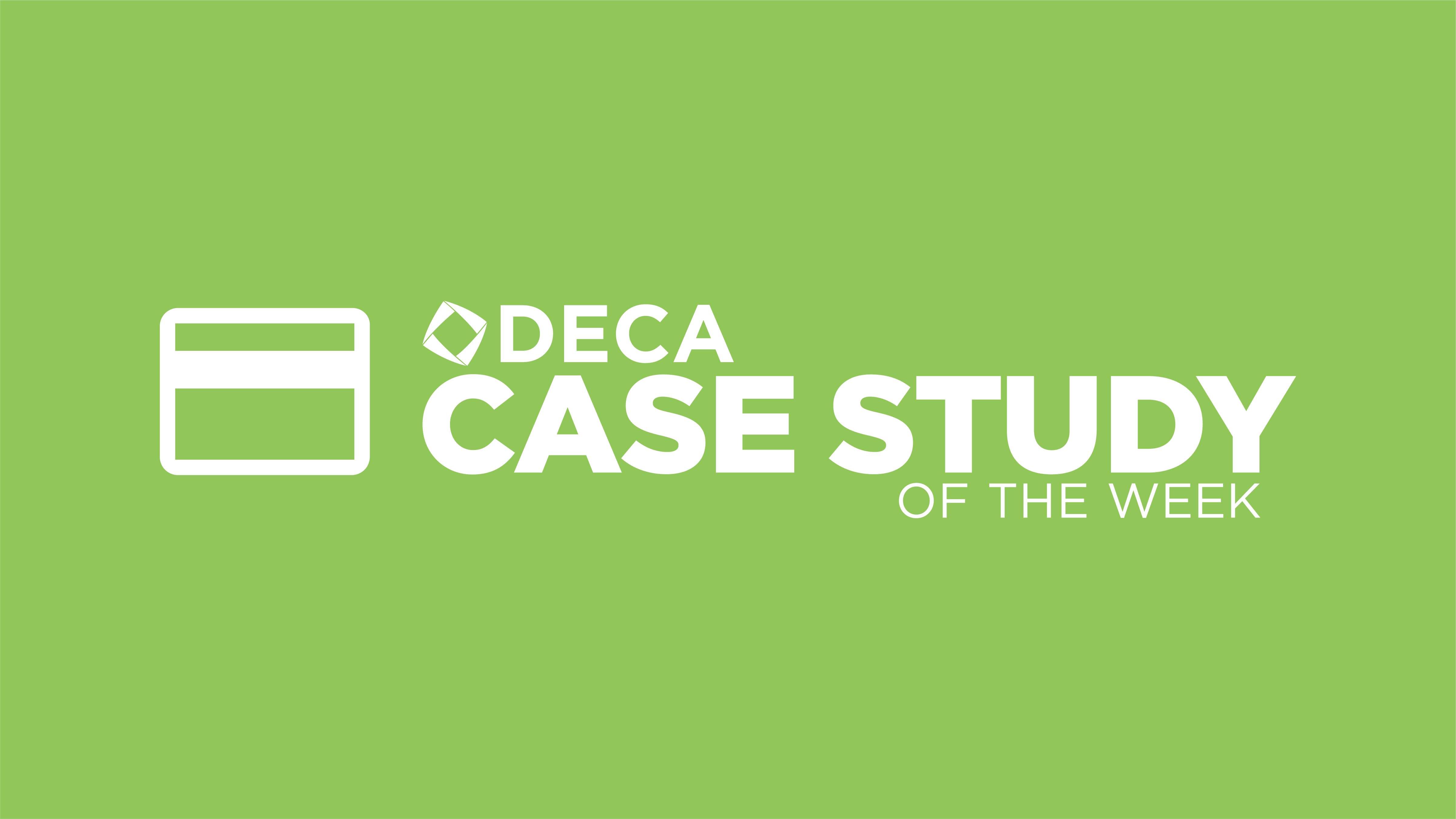 Case Study of the Week: Helping Teens with Financial Goals

You are to assume the role of a financial counselor that works with teenagers. You will be meeting with a client to discuss a personal spending plan that will help meet the client’s financial goals.