A Week of Joy for a Lifetime of Hope

A Week of Joy for a Lifetime of Hope 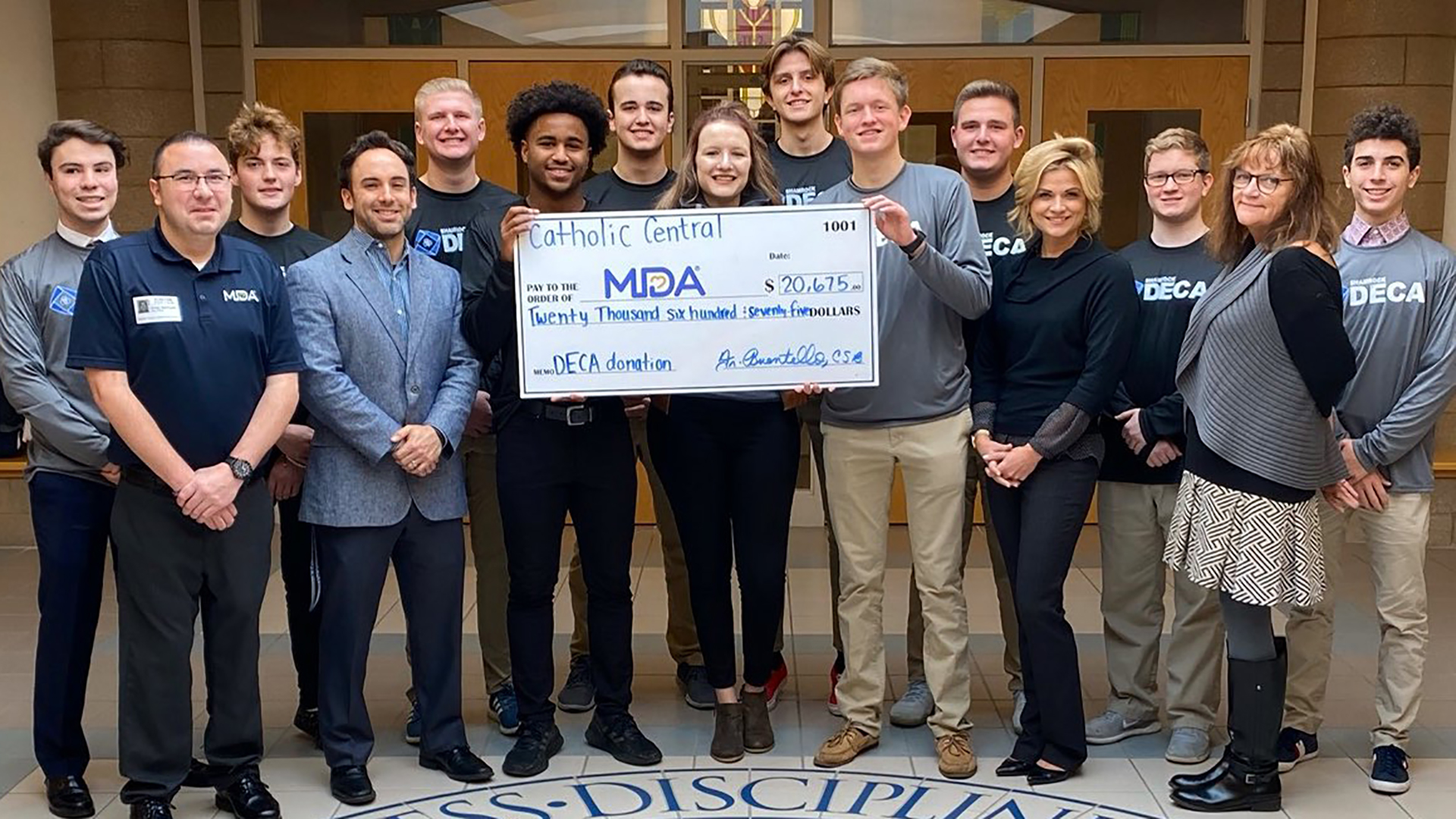 On a Friday in October, Detroit Catholic Central DECA held its first meeting of the year, in which we welcomed a DCC DECA record of 122 student members to the family. It was quite apparent that there was great anticipation in the room for the exciting events and challenges that lay ahead.

During our first meeting, Samantha Blewett, a veteran Muscular Dystrophy Association (MDA) summer camp volunteer, explained DECA’s nationwide fundraising challenge to our student members. She made sure to highlight that the fundraising effort supports local children in their desire to attend the annual summer camp sponsored by the MDA. As a group, we concluded that this fundraiser would be a great opportunity for our chapter to support a valuable cause greater than us.

Following Miss Blewett’s presentation, we were introduced to our fundraising platform, Snap! Raise. This electronic medium allowed us to reach a larger audience via electronic mail, text messaging, and social media sharing, thus maximizing the efficiency of our philanthropic endeavors.

In preparation for launching our campaign, we invited Brian Springett, the Executive Director of the Muscular Dystrophy Association of Greater Detroit and Northwest Ohio, to our campus to help us better understand the purpose and mission of the MDA. This partnership and collaboration allowed our chapter to gain a better understanding of exactly what we were working so hard for.

According to the Muscular Dystrophy Association, their summer camp is a “magical place where anything is possible — from swimming to zip-lining and horseback riding, to dancing under a disco ball and gaining valuable life skills,” the children who attend find that they are able to accomplish so much more than they ever thought possible; that alone is priceless.

In a video put out by the Muscular Dystrophy Association, individuals who live with this genetic disorder were asked to explain the impact that the summer camps have on them. One woman states that “there are not enough words to say thank you. Every dollar has given me hope. Every minute at camp has taught me lessons. And I will forever be grateful.” Her words show — in the purest form — how the generosity of not only the Detroit Catholic Central community but also of the greater DECA community, affects those children who are seeking a life-changing week of camp. Those seven short days truly leave a lasting impact on the campers, and without the tremendous support of so many members of the DECA family, the MDA summer camps would not be possible.

It is with great pride that DCC DECA is able to announce that we raised a grand total of $18,065, finishing in first place in both the state of Michigan and across the entire nation in the MDA fundraising campaign. All 122 of our members were thrilled to be a part of an effort that would benefit so many deserving children.

Not only did this campaign brighten the lives of countless children, but it also fostered in our members a sense of gratitude for our many blessings.

Though we were fortunate to have raised such a large sum of money, our efforts were only put forth with one goal in mind: aiding the children.

Detroit Catholic Central DECA is extremely proud to have assisted in granting so many children a week of joy, which we feel will lead only to a lifetime of hope.

For 70 years, the Muscular Dystrophy Association (MDA) has been committed to transforming the lives of people living with muscular dystrophy, ALS, and related neuromuscular diseases. MDA funds groundbreaking research for promising treatments and provides families with the highest quality care from the best doctors in the country.The Muscular Dystrophy Association (MDA) and DECA are incredibly proud of their more than 40-year partnership to empower young people to continually impact and improve their local and broader communities. To date, DECA members have raised both awareness and more than $5 million to help MDA serve the hundreds of thousands of children and adults living with muscular dystrophy, ALS and related diseases. 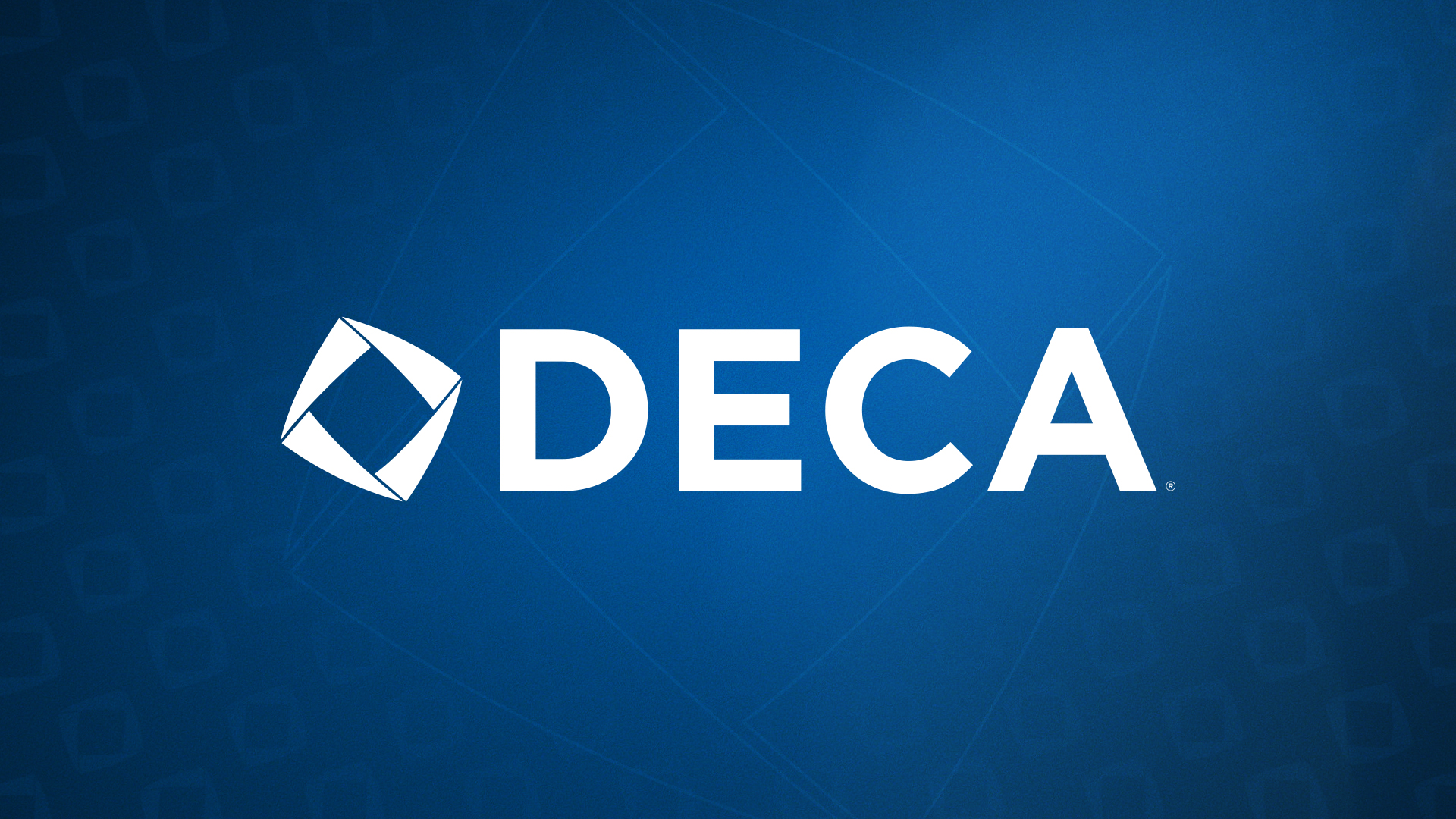 Meet 4 DECA Alumni Who Have Maximized their Momentum

Over its more than 75-year history, DECA has prepared more than ten million members for college and career success. Here's how DECA shaped the career paths of four alumni and advice they wish to share with current members. 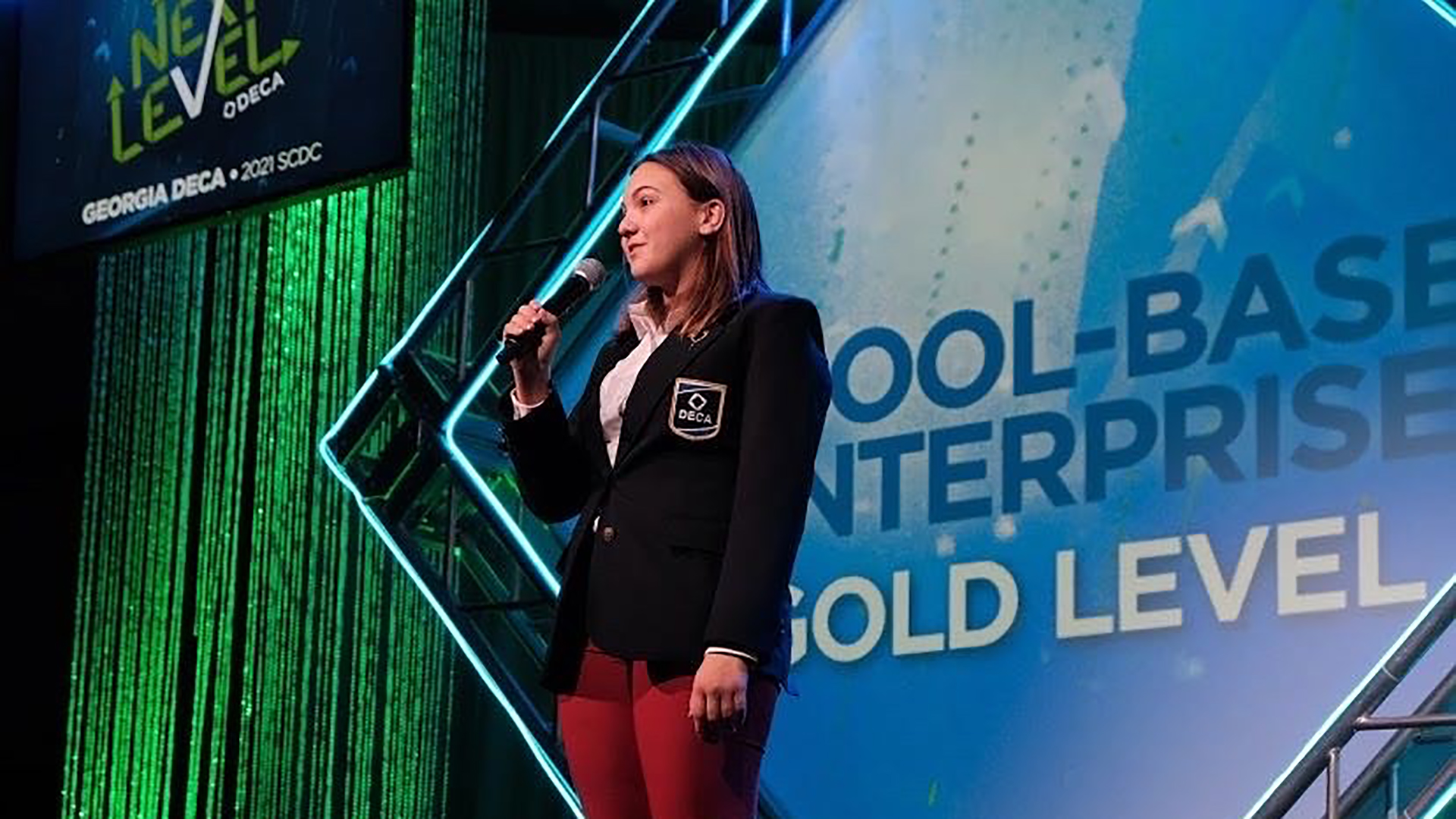 DECA prepares emerging leaders and entrepreneurs to be college and career-ready, but what does that mean? I had the opportunity to meet with alumna Mackenzie Perez and discuss how DECA prepared her for college success. 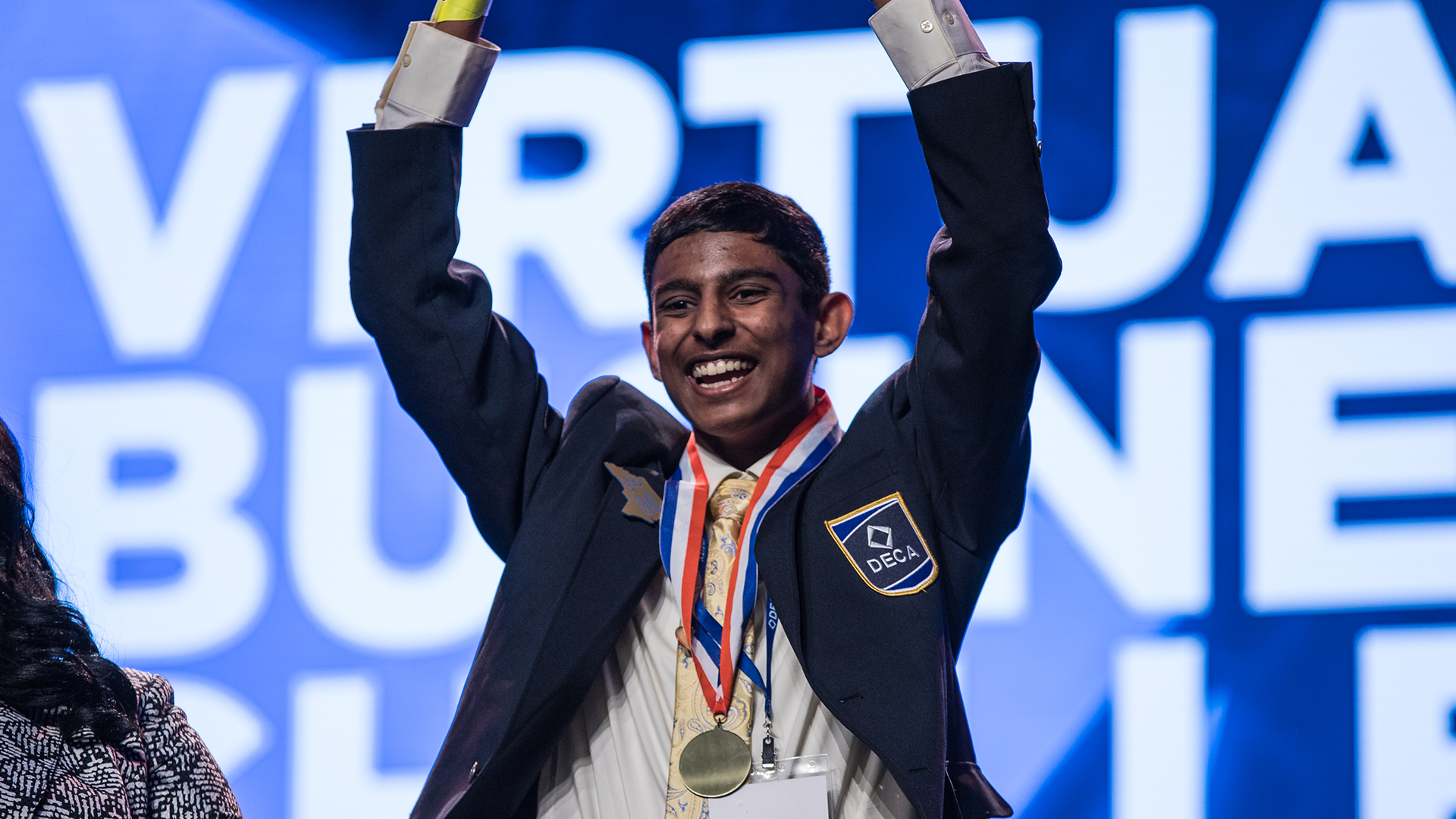 Ramki served as DECA’s Southern Region Vice President for the 2020-2021 academic year. He was an avid competitor from North Carolina who was fortunate to have the opportunity to serve at the chapter, association and executive levels of leadership. 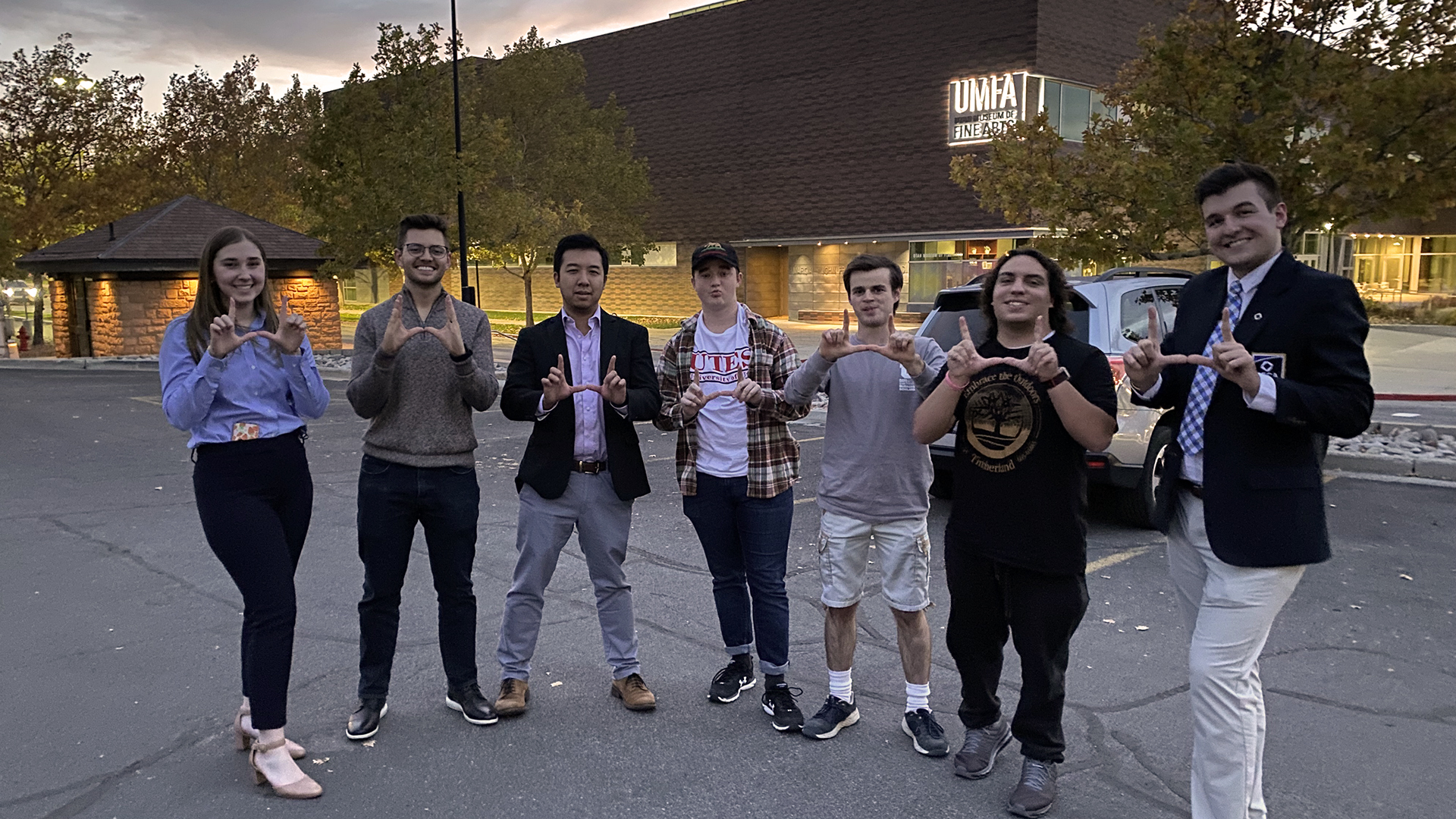