Intuit Empowers Students to Make a Positive Impact in Their Communities

Intuit Empowers Students to Make a Positive Impact in Their Communities 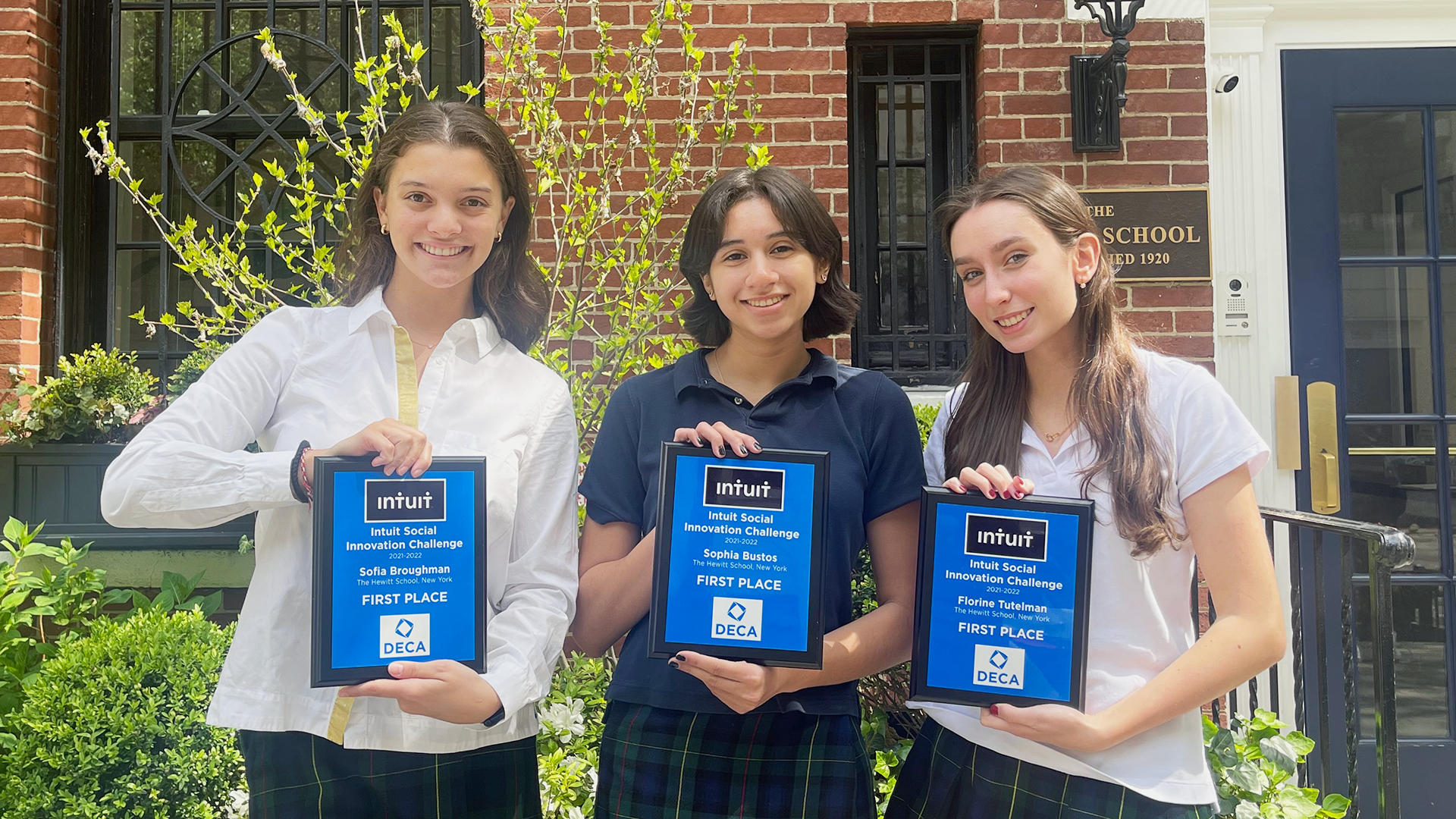 When they signed up for Intuit’s Social Innovation Challenge, Sofia Broughman, Fluorine Tutelman and Sophia Bustos were prompted to think of ways to support underrepresented minority entrepreneurs and business owners. They came across a study by the Kauffman Foundation and were appalled to learn that women were half as likely as their male counterparts to start a business. Thus, Early Entrepreneurs was born, a social enterprise that empowers middle-school girls to explore entrepreneurship through volunteer-led classes. However, the ladies who founded it are nothing short of renaissance women themselves.

Sofia Broughman is involved in theater, choir and is co-chair of an organization currently tackling the digital divide. Florine Tutelman has done rhythmic gymnastics for most of her life, and is a founder of both the Social Impact Investors Club and a business-oriented podcast in which she interviews female entrepreneurs. Sophia Bustos is in her school’s Robotics Club, which went to state championships this year, and is an intern at a FinTech startup where she works with programming and AI. All of them are involved in DECA, where they explore their interest in entrepreneurship. Most notably, they attend The Hewitt School, a private all-girls school with strong feminist values and an emphasis on female empowerment in business and technology, fields primarily dominated by men.

With their individual aspirations and background, it’s no wonder their project revolved around fostering ambition and a spirit of entrepreneurship in young women, and the challenge’s focus on Intuit’s Design for Delight ethos helped take them to the next level.

“Design thinking in and of itself is so valuable. Especially the idea of customer empathy and really trying to understand their problem,” Sophia Bustos said.

Empowered by the customer’s perspective, the team interviewed female entrepreneurs of all ages about the growing pains they experienced at the start of their career, using that to inform their lesson plans.

The lessons — and seeing the impact they had on young women — were the most rewarding part. One week, a fifth-grade girl explained how the stock market worked to the class. Another week, they saw another girl plan how she would bring her smoothie company to life. During their Shark Tank-themed lesson, middle school girls sounded like grown adults as they pitched their product ideas.

“It was so incredible to see how enthusiastic and excited these girls were to learn about entrepreneurship when I was their age,” Fluorine said. “I didn’t even know what the word entrepreneurship was, but they actually took the time out of their recess to come to these classes.”

The team’s hard work won them First Place at the regional level, which they were recognized for at ICDC, the annual DECA conference. They were runner-ups in the final round, winning $2,000 and an iPad Mini per student. However, their work with Early Entrepreneurs is far from done. Expansion is on the horizon. This summer, they plan on preparing a curriculum and sending it over to the connections they made at ICDC; middle school girls across the country — and one day, the world — will have access to resources that vitalize their inner entrepreneur. The founders plan to also expand their strategy to target intersections of minorities. Even with these big dreams, they want to focus on keeping it accessible by considering online courses and keeping it a nonprofit social enterprise instead of a profitable business.

As the world is about to learn never to underestimate female entrepreneurs, the founders of Early Entrepreneurs have learned a thing or two along the way. Prioritizing the challenge has made them time management wizards, and customer empathy has expanded their entrepreneurial perspective. Last but not least, they’ve also made great friends in each other.

“Not to be cliche, but I also gained two great friendships out of this with Sophia and Florine,” Sofia Broughman said. “I’ve never entered this kind of competition before, let alone win, and it’s been great going through this process with them and building out my relationship with my cofounders. Now we all have something that we’re so happy to teach and so happy to expand.”

Many students don’t have the skills they need to prosper in the 21st century. Intuit Education is committed to helping students develop the skills they need to be prepared for jobs in an innovation economy. We do this through real-world tools like TurboTax, Mint, and QuickBooks, as well as our design thinking methodology called Design for Delight. They help students build confidence to live the lives they want, and they help Intuit fulfill its mission of powering prosperity around the world. 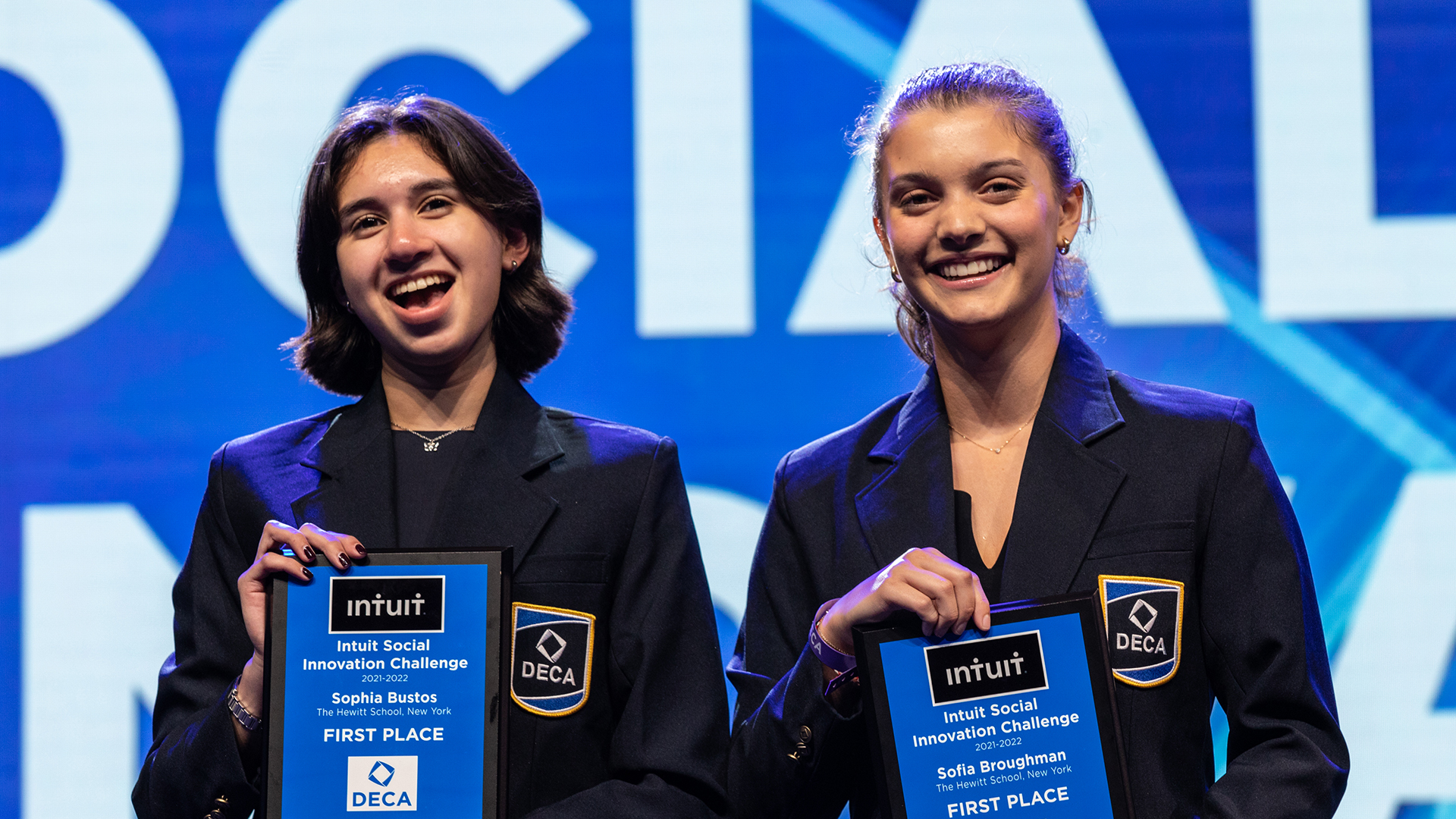 This year, Intuit challenged students to “Lead with a Cause” by designing an innovative solution to make entrepreneurship and business ownership accessible for all. DECA Inc. is excited to announce the top DECA team in the 2022 Intuit Social Innovation Challenge! 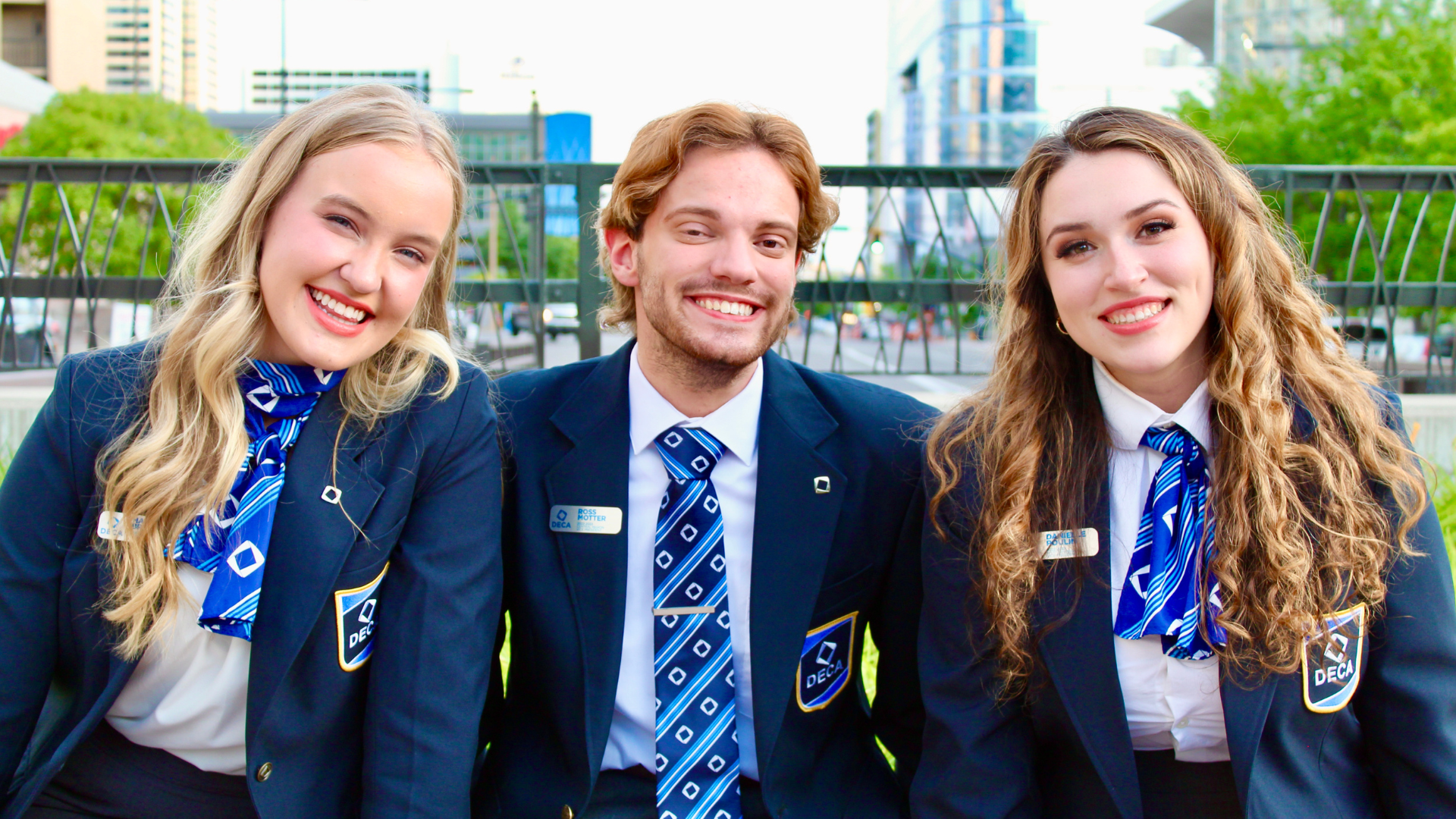 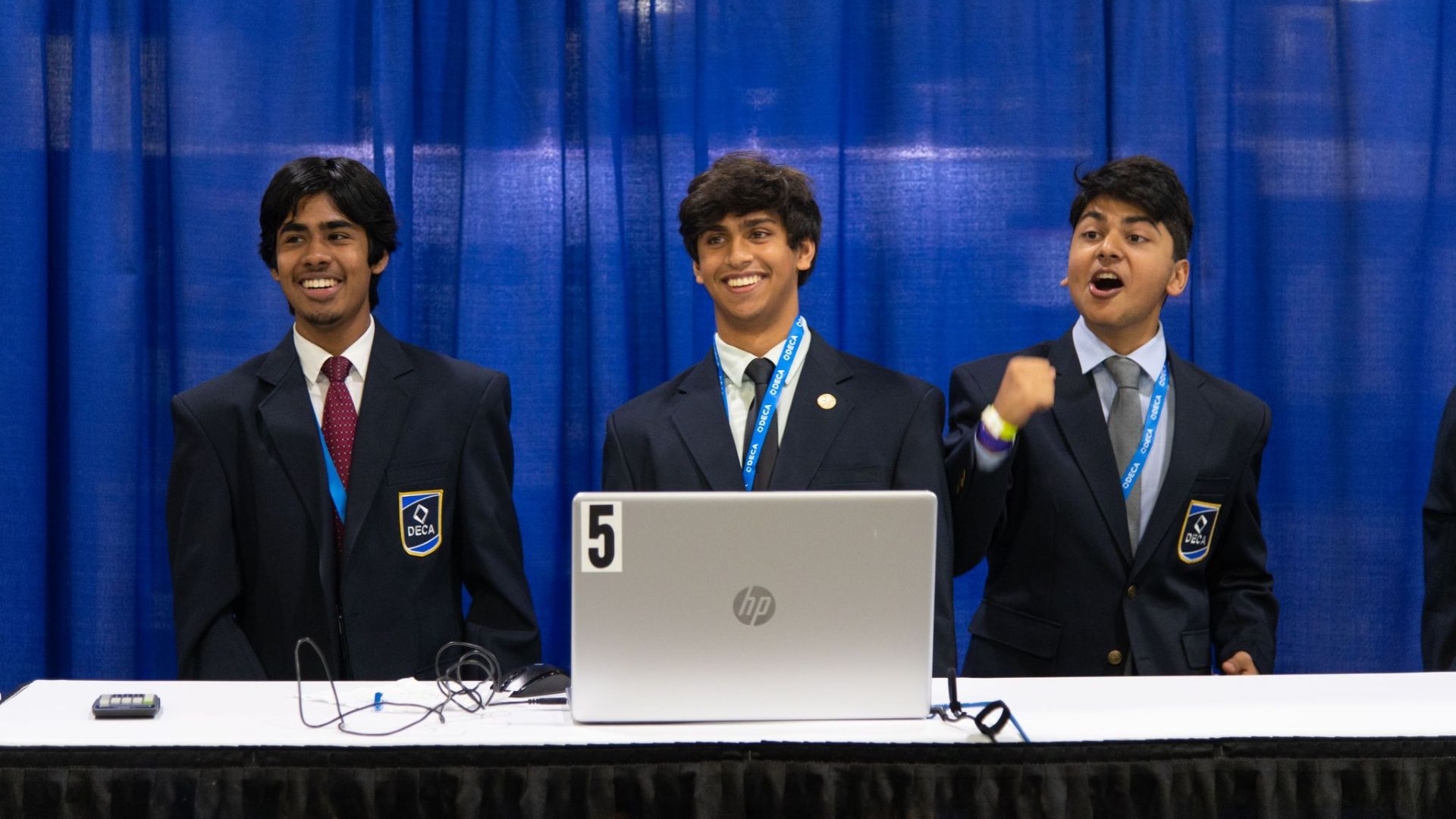 DECA congratulates finalist teams in the first round of the 2022-2023 Virtual Business Challenge (VBC). They have earned the opportunity to compete during the DECA International Career Development Conference this spring. 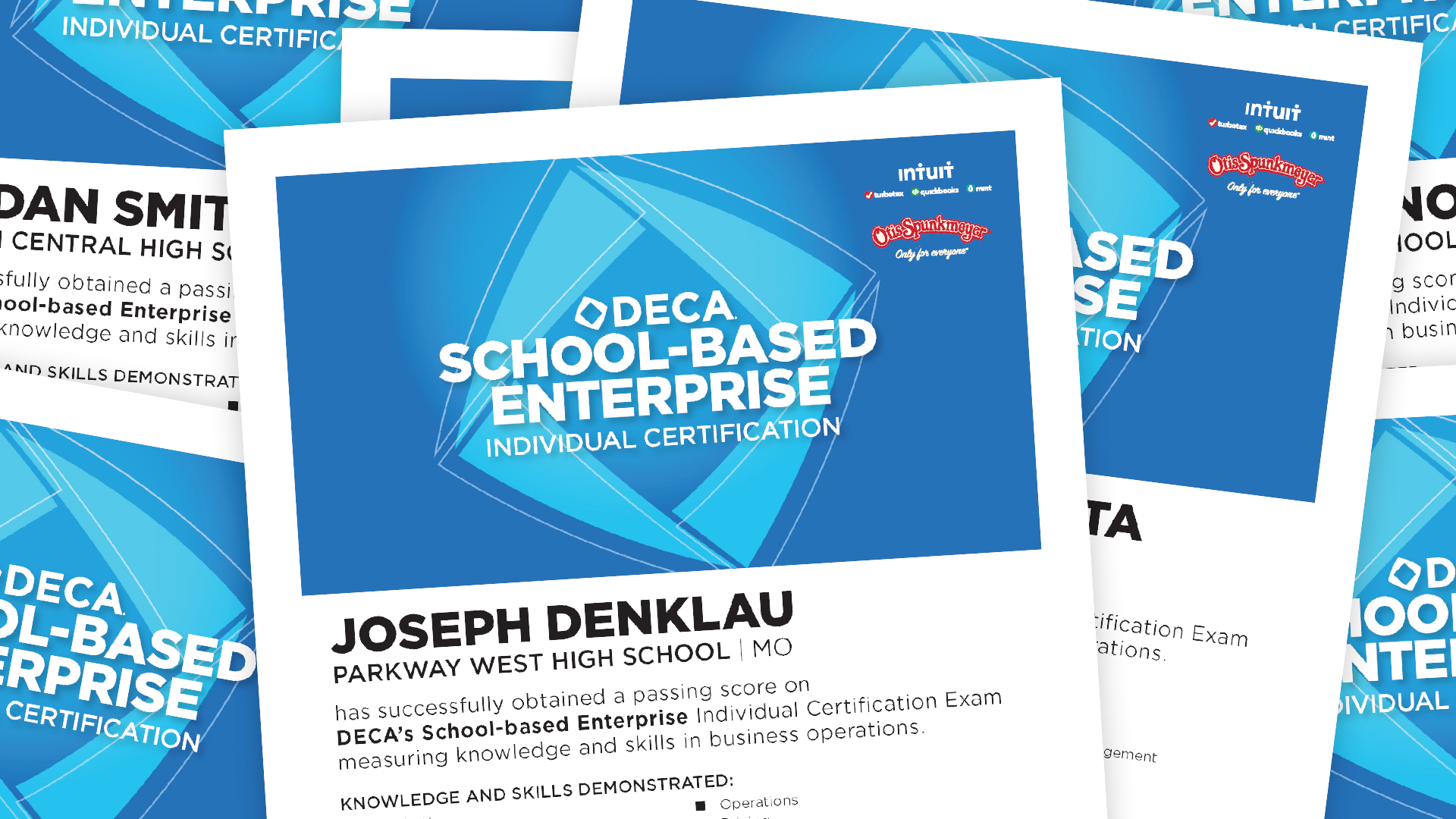 DECA members can achieve an SBE individual certification through the successful completion of an online exam. This is a great opportunity for DECA members to add an additional level of recognition for their mastery of small business management instructional areas. 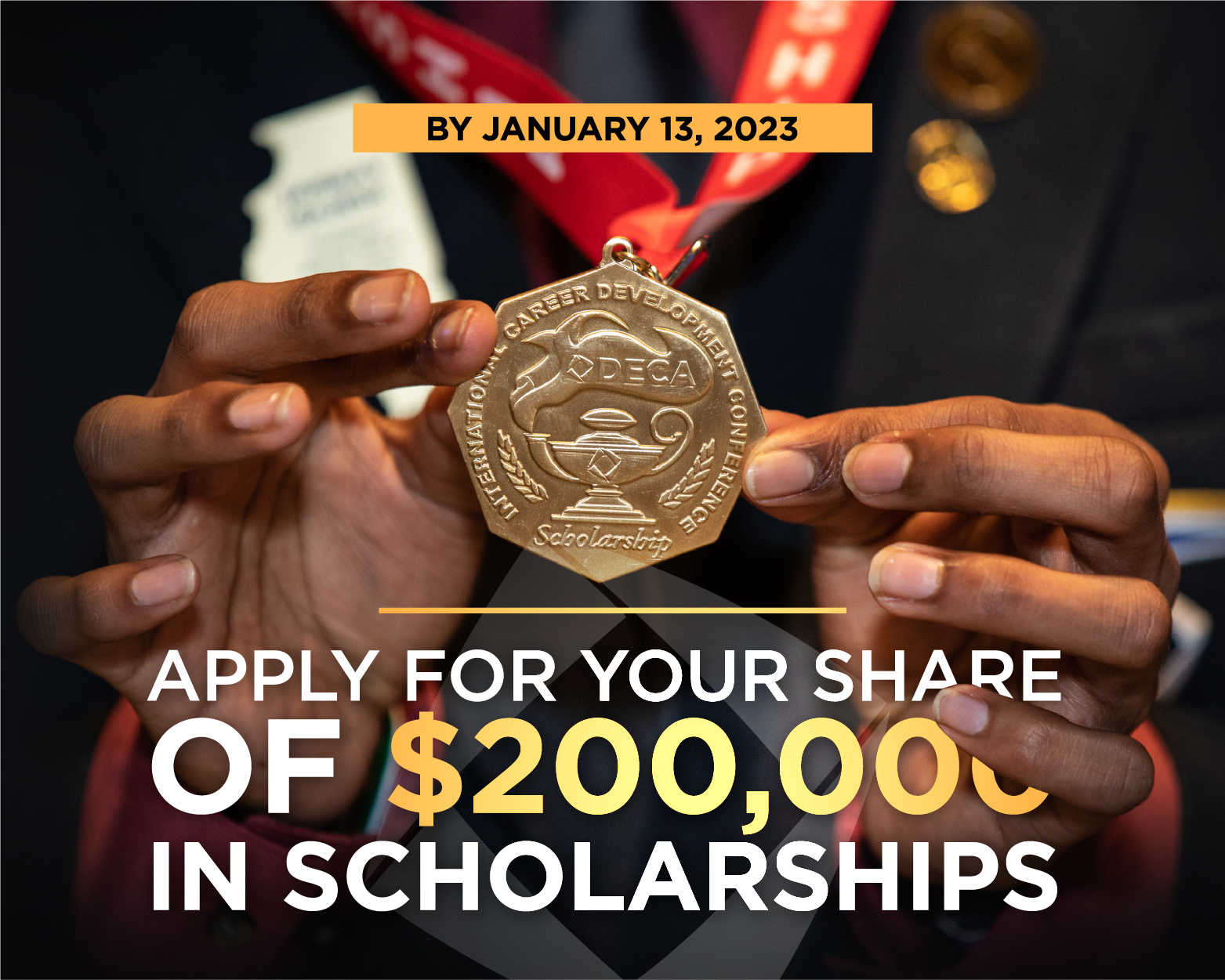