Interview with a CEO

Interview with a CEO 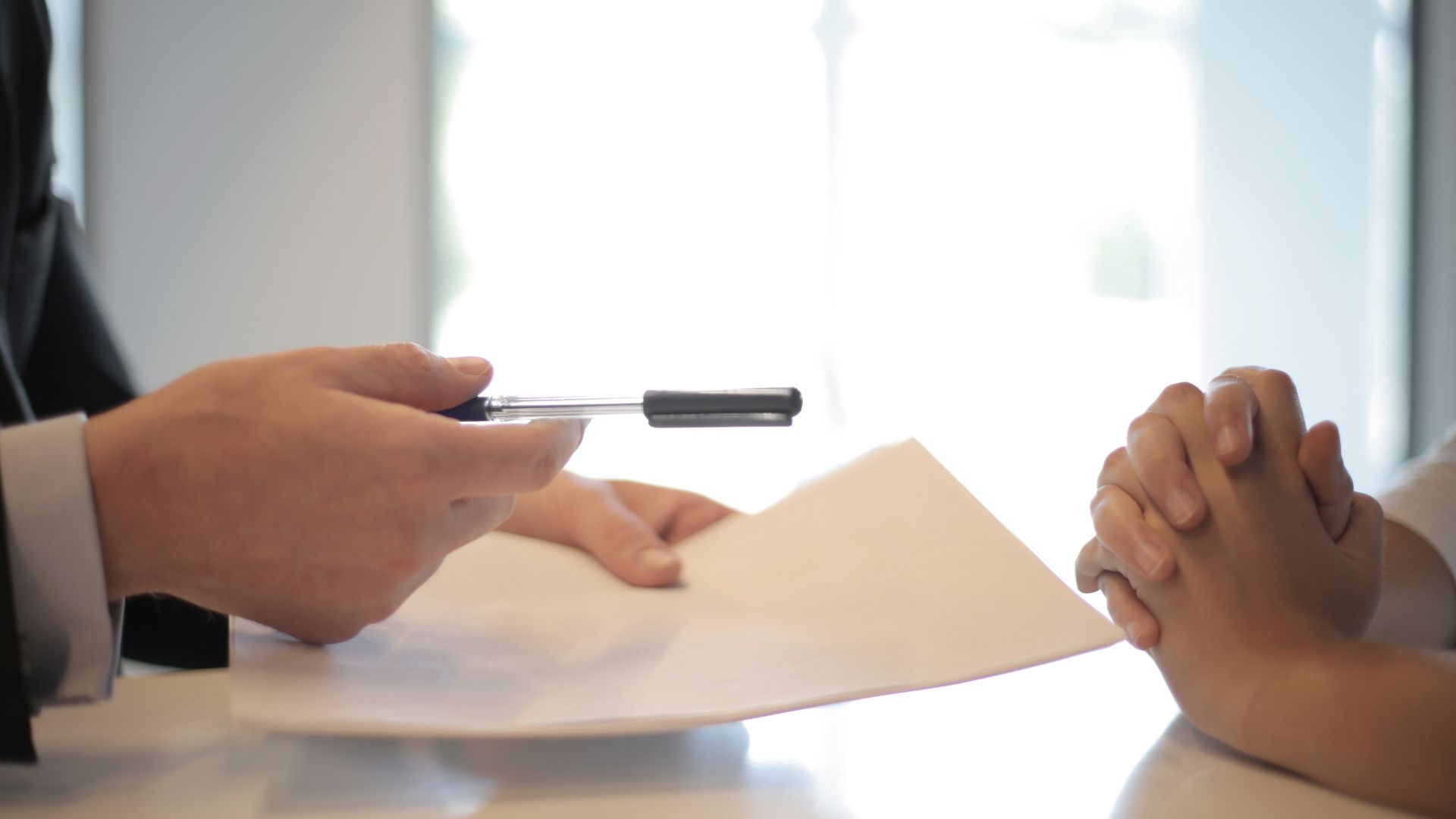 Tim Schurrer knows what it takes to build a winning team. He spent almost a decade of his career launching two brands—StoryBrand and Business Made Simple—as COO alongside New York Times bestselling author Donald Miller. Tim is the author of The Secret Society of Success and the host of the Build a Winning Team podcast. He’s also the CEO of David Novak Leadership, a 501(c)(3) private operating foundation whose mission is to make the world a better place by developing better leaders at every stage of life.

In this interview, Lead4Change sat down with Tim to learn more about his career journey, "secret sauce" and future goals.

1. Describe your career journey. Where did you begin and how did it lead you to this role?

There was a season of my life when I thought I would be the next John Mayer. I wrote my first song when I was 18 and that was the beginning of my journey of wanting to make a living playing music. After college, I got married and needed to find a job with a little more financial consistency while my wife was in grad school so I started working at Apple and fell in love with it. In fact, my dream of playing music started to fade as a new dream emerged. My goal then became running an Apple Store by the time I was 30 (I was 23 at this point). While I was working at Apple full-time, I started working with a musician named Steve Moakler as a side hustle. I was having so much fun running the business part of the equation—owning the details for Steve’s tours, coordinating logistics and managing timelines while he was recording and releasing albums, as well as all of the other day-to-day activities. Even though my name and picture weren’t on the album cover like my original dream, I noticed I was just as fulfilled by the work as when I was the artist. Here I was again with a new dream emerging and I started to wonder what a career could look like supporting recording artists behind the scenes.

I ended up transitioning out of Apple and started working with an author named Donald Miller to run his business so he could stay focused on writing and speaking. I was doing this while still managing Steve. This was the beginning of me really getting some traction because I was discovering what I loved to do and I was making a career out of it. With an ever-growing workload, I had to leave my role with Steve to fully focus on what I was building with Don. I worked with Don for almost a decade and helped him launch and operate two brands—StoryBrand and Business Made Simple—along with his author career, growing the company to $16.5 million in annual revenue.

And then in 2017, I said out loud for the very first time that I wanted to write a book. I learned everything I could about the book-writing process and started putting words down on the page. Fast forward to 2022 and I decided to leave my job with Don to pursue a career as a full-time author and speaker. While I was preparing to release my book The Secret Society of Success: Stop Chasing the Spotlight and Learn to Enjoy Your Work (and Life) Again, I met and became fast friends with David Novak who used to be the CEO of Yum! Brands (KFC, Taco Bell, and Pizza Hut). After working with him to help produce his podcast (How Leaders Lead with David Novak), he asked if I’d be interested in leading his nonprofit, David Novak Leadership, while still having the freedom to speak and write books. It was a perfect opportunity for me. I loved the mission of the organization—which is to make the world a better place by developing better leaders—and I loved what David stands for as a leader, so jumped on the opportunity to partner with him on this mission. I’ve now been in this CEO role since August of 2022 and am pinching myself that this is what I get to do for a job.

What’s fun to see as I look back is how this has all come to be simply by pursuing what I was passionate about. And as I leaned into that work, new dreams and opportunities seemed to appear at the right time. It takes courage to chase a dream and there’s no guarantee of success, but it’s made for a pretty exciting career path thus far.

2. What was the biggest surprise when you began your current role?

Having been in one company for over a decade and building it from the ground up, I had so much institutional knowledge. This meant whenever the team had a question about how we should approach a particular situation or whether we should pursue a new business opportunity, I had enough information about our business to make a recommendation for how we should move forward. But being in a new role, I’ve been surprised by how much I don’t know and with that, I wasn’t used to feeling uncomfortable making recommendations as the leader. I heard Ginni Rometty, the former CEO of IBM, say, “You only grow when you’re uncomfortable.” Thank goodness for that because I guess that means I’m growing a lot right now.

3. As you progressed, how did you adjust your professional demeanor to fit new roles?

A great posture to take in any new role or situation is to focus on helping others win. We’re led to believe that focusing on our own success and our own “climb up the ladder” is the path, but I don’t believe that’s the right approach. Instead, look to support your colleagues, find out what’s most important to them and what they’re trying to accomplish, contribute the best you can and think about yourself less. I’ve found that people who do this end up creating so much value in the companies they work for and not only this, people love working with them. If you focus on serving others, you can be confident knowing you’re headed in the right direction.

4. What is your “secret sauce” – the leadership principles you have discovered and applied that have contributed to your success?

There was a plaque that sat on Ronald Reagan’s desk when he was president that said “there is no limit to what a man can do or where he can go if he doesn’t mind who gets the credit.” I got a replica of that same plaque for my office because of how important this reminder is for all of us. Imagine what would be possible if we were willing to do the work that was required but didn’t spend much time worrying about how much credit or recognition we’d get from the work. One thing I’m proud of as I think back to my time at StoryBrand and Business Made Simple is how we infused this concept into our company culture. We built a team of people who loved doing the work, loved supporting one another, and were happy to contribute whether or not they got the credit at the end of the day.

5. What is the biggest challenge facing leaders today?

If you’ve been to a concert before you know how important every single role is to make the show possible—the ticket taker, confessions, sound, lights, backing band, etc. All of these people, if doing their job with excellence, become invisible so that the person singing in the center of the stage can shine. It’s only when one of these team members in a supporting position makes a mistake that they get the audience’s attention. And isn’t that true for all of us in our jobs? When we are doing our part with excellence, it’s so easy for others to take our work for granted.

The challenge here for leaders is that team members aren’t often recognized for the work they do. And when people don’t feel appreciated, they start to check out. But I’ve seen the power of recognition and what can happen when leaders make a commitment to call out the work happening on their teams that may seem invisible. Every good leader knows that the only way to make big things happen is with the team—it’s with everyone playing their part with excellence. And the good leaders know to recognize their people for what they contribute.

6. Where do you see yourself in another five or ten years?

I hope to be doing exactly what I’m doing today and that’s helping to equip and inspire leaders. I’ve got some more books in me too, so will invest the time to get those ideas down on paper. My family is important to me so I will continue to win both at work and at home—I won’t let my family suffer simply to achieve business results. And I want to build a team of people who obsess over the idea of helping others win. If we can keep that focus for the next five years and beyond, I know that amazing things will come as a result.

7. What is the most important piece of professional advice you wish you had known when you were in high school

Be kind to yourself and let your passions evolve over time. You don’t have to know what you want to do as a career today. Start by pursuing the things you enjoy and learn as much as you can every step of the way. And on this journey, keep your antenna up for ways you can help others win. The most fulfilling things in life are when we do things for others. A North Star that guides me each and every day is a quote by Albert Schweitzer, “I don't know what your destiny will be. Some of you will perhaps occupy remarkable positions. Perhaps some of you will become famous for your pens, or as artists. But I know one thing: the only ones among you who will be really happy are those who have sought and found how to serve.”

Lead4Change Student Leadership Program is a free program for students in 6-12 grade.Students learn leadership skills then practice these skills by finding a need in their community and completing a service project for a chance to win up to $10,000. Lead4Change is fully funded by David Novak Leadership, Inc. 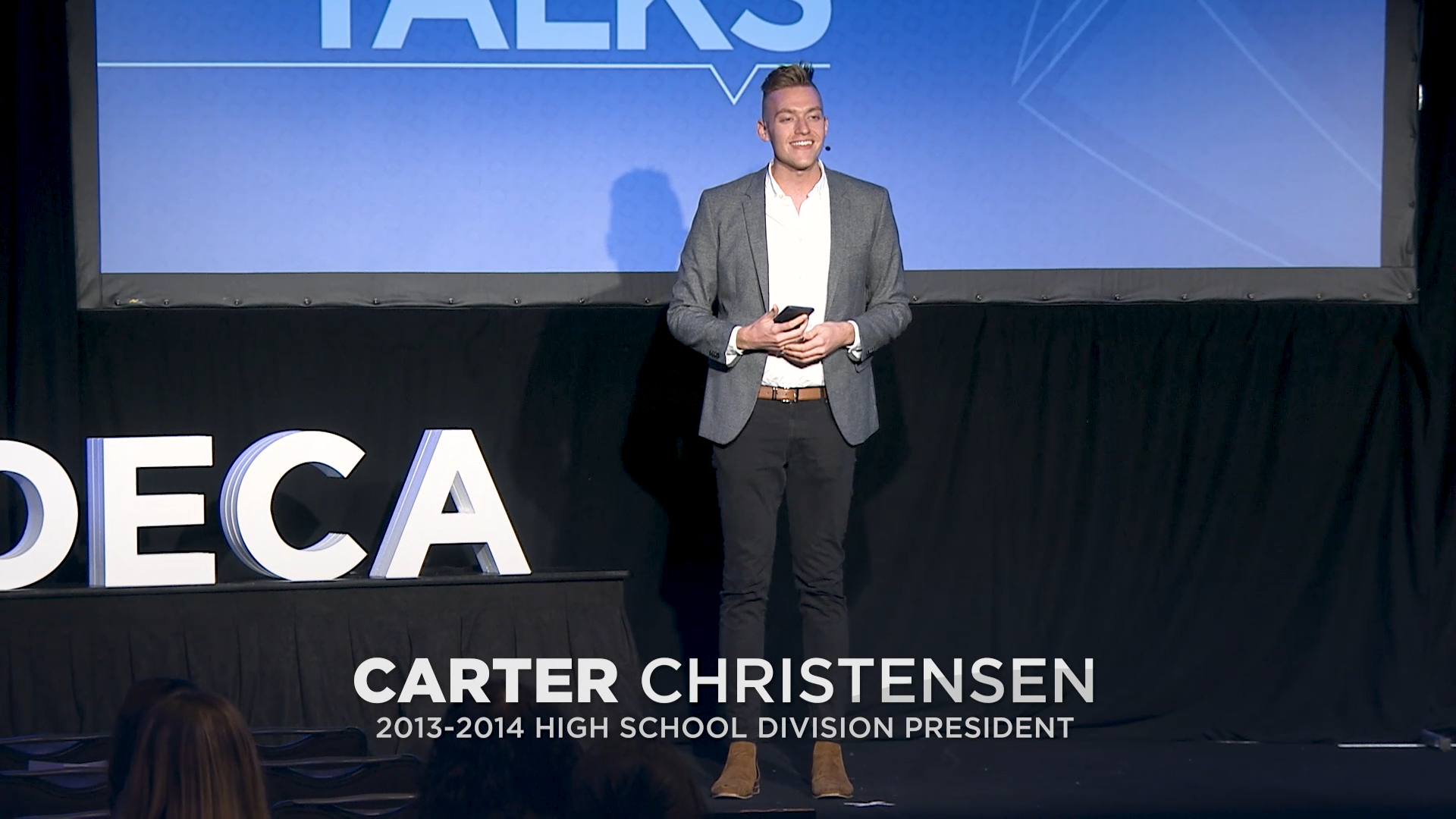 In an evolving and interconnected world, our daily lives — from home, to school, to work — continue to change with the latest piece of technology or the newest trends. So, how can we capitalize on connections we make in college and careers? 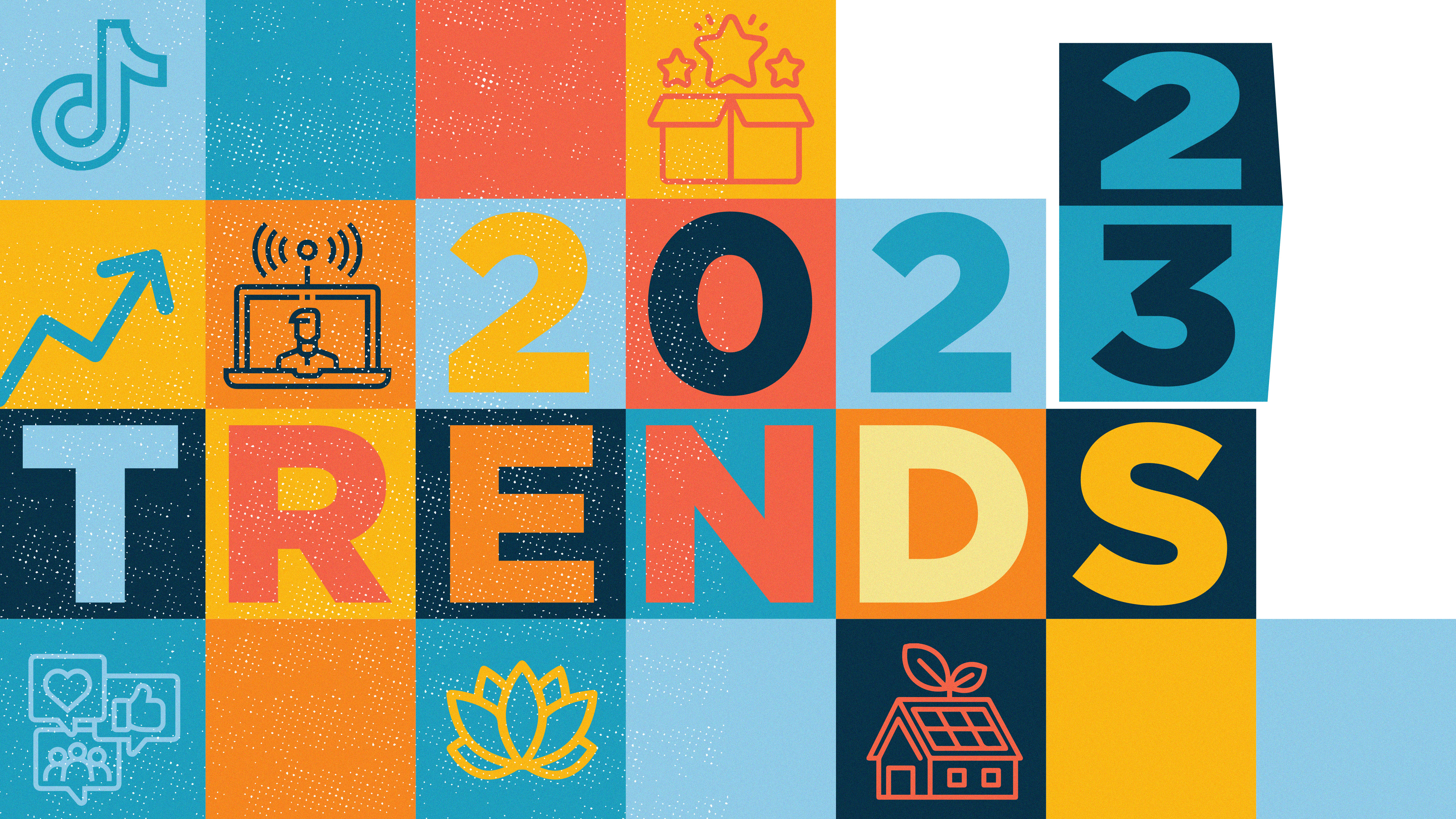 10 Business, Marketing and Hospitality Trends to Watch in 2023

Are you looking to get the edge in your next DECA role-play? Brush up on the top business, marketing and hospitality trends that companies will be watching in 2023. 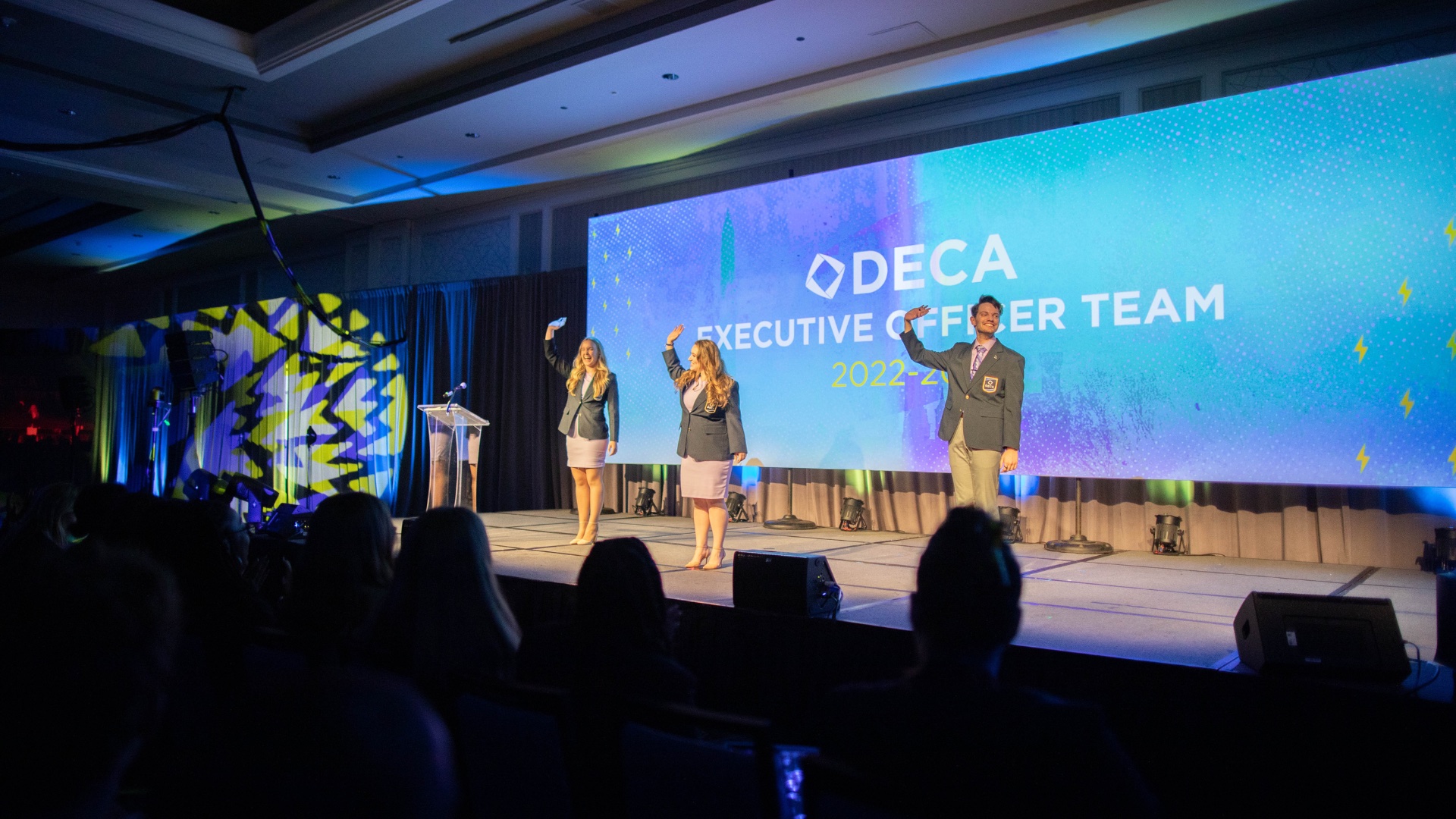 During the Ultimate DECA Power Trip, the Executive Officer Team attended the first ever DECA Workforce Development Summit. Members of DECA’s National Advisory Board gathered to discuss the future of employment and industry across the business world. 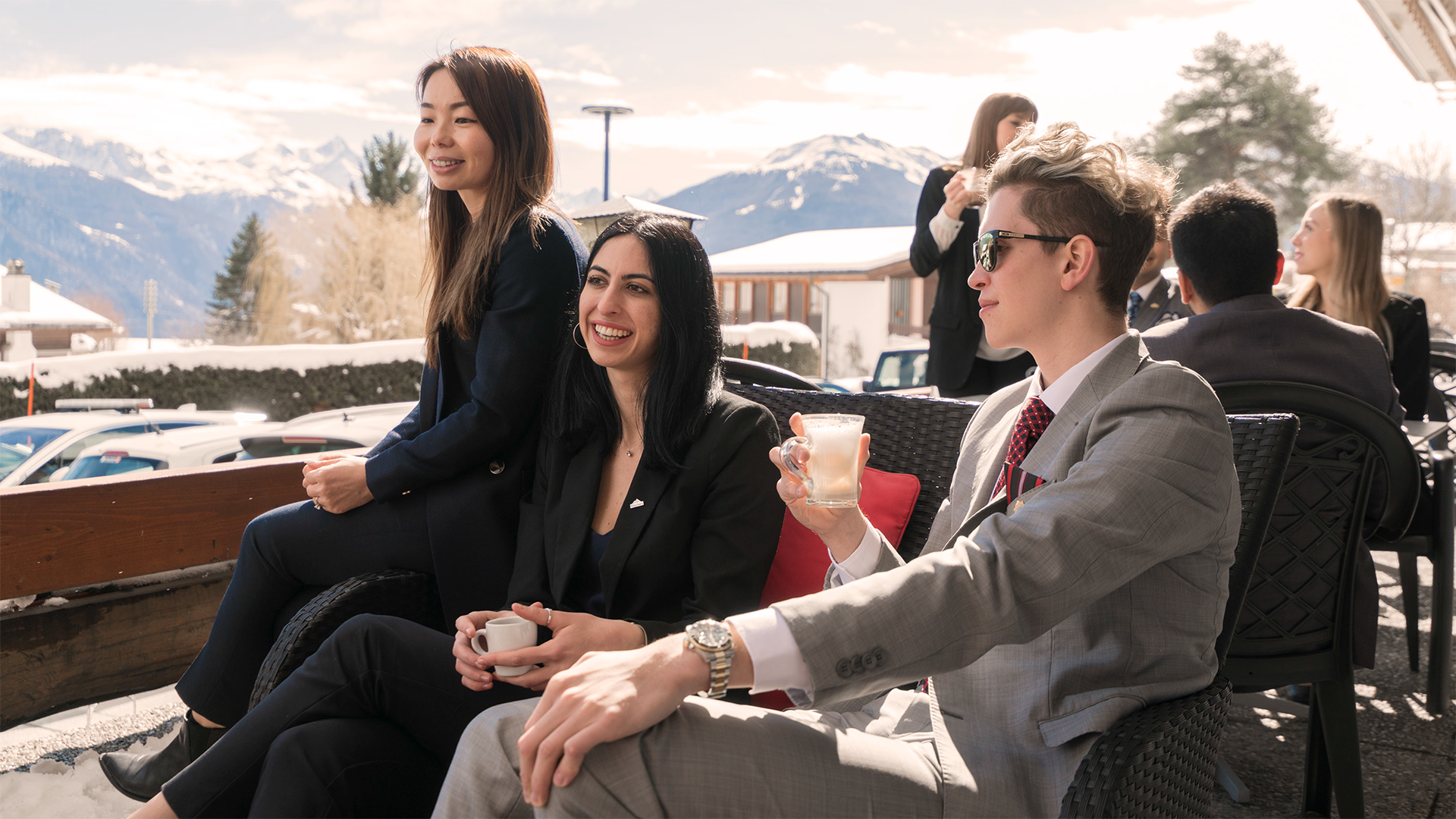 As Head of Career Services at the international hospitality school Les Roches, Stephanie Ruiz has conversations every day with potential employers for students. She explains why these employers now place cross-cultural fluency among their most in-demand skills. 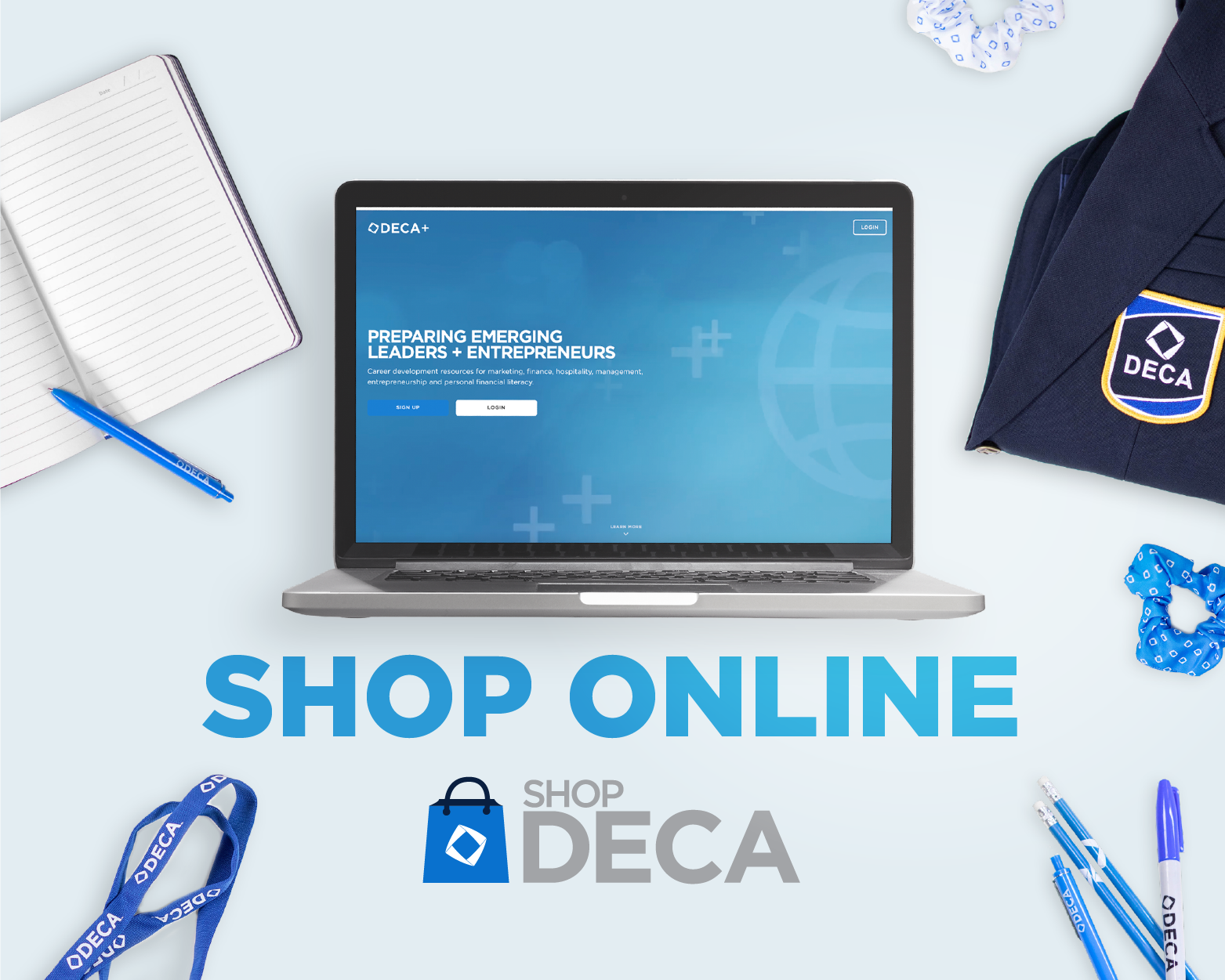