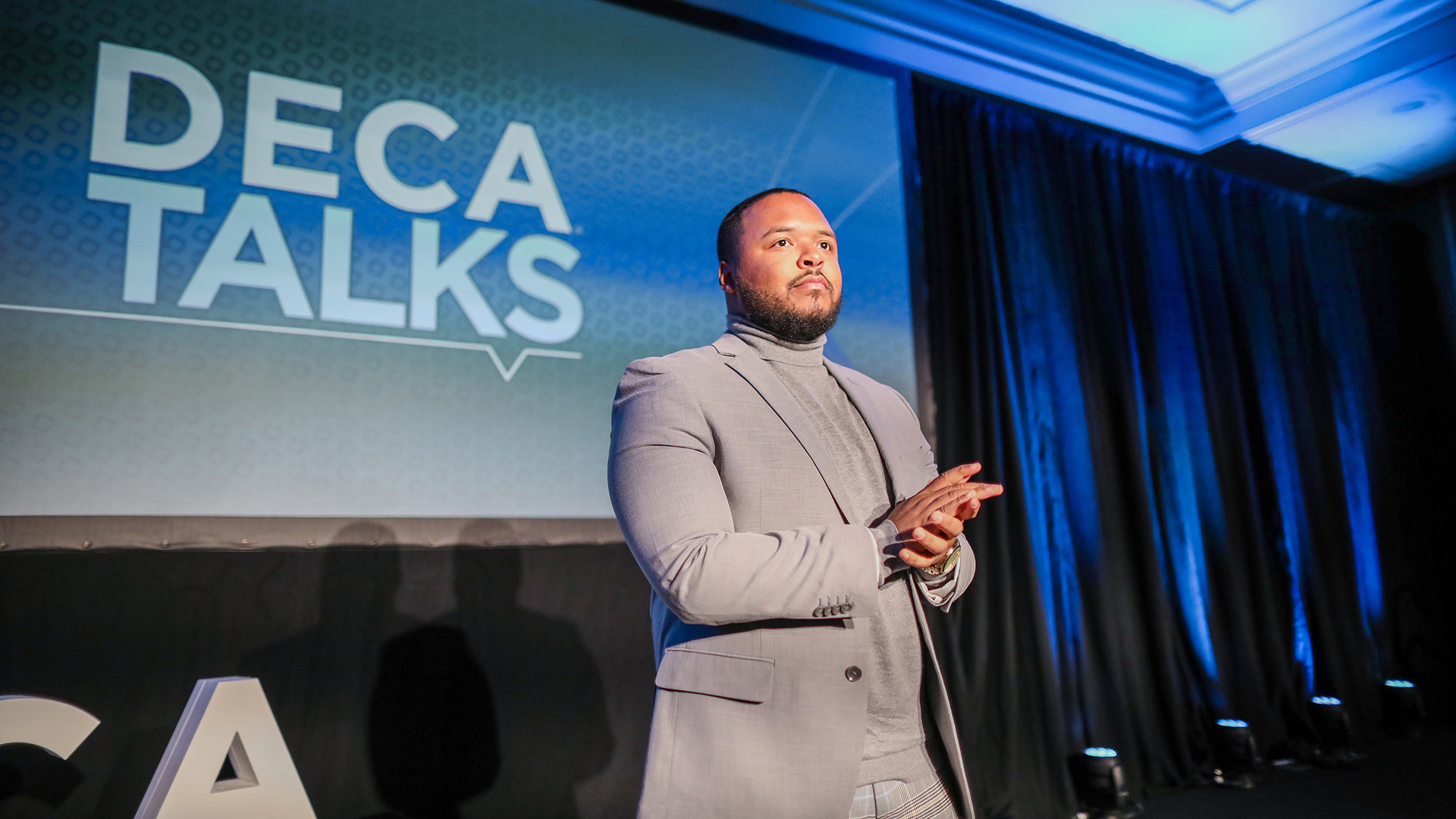 Ever felt torn when presented with a cool new opportunity? Learn how choosing to say “yes” can lead to easier decision making in the future…and some cool opportunities along the way.

Donald LeCompte served as the High School Division President during the 2016-2017 school year. He is an actively engaged leader who’s passionate about sharing his experiences to inspire others. Hailing from Pennsylvania, Donald has spent much of his life surrounded by DECA: he was a two-term chartered association officer and the 2016-2017 High School Division President. Now, he’s a junior at Washington and Lee University in Lexington, VA where he majors in Business Administration with a minor in Mass Communications.

Connect with Donald on LinkedIn.

All students wish to find a place of belonging, hope and support. Learn how DECA became that place for our High School Division President, and how it continues to be that place for thousands around the globe!

D’Andre Vasquez is serving as the High School Division President during the 2019-2020 school year. Since becoming elected, D’Andre has traveled the country meeting new members, helping students grow as influencers and making DECA a place for all! After his term, D’Andre will study marketing and political science hoping to achieve his dream of developing a franchise, traveling the globe and advocating for others.

In life, we are often faced with decisions that require us to take some sort of risk, whether it’s where to take your next job, which schools to apply to, where to move to, etc. In this talk, we’ll explore how to determine if a risk is worth taking and how you can set yourself up for the highest chance of success.

Kendra Wrightson served as the Southern Region Vice President during the 2011-2012 school year. Since then, she has attended UC Berkeley where she received a Bachelor of Science degree in Environmental Economics & Policy. After graduation, Kendra went into technology sales in San Francisco, where she spent two years at Oracle and then transitioned to Google. Kendra has spent the past three years at Google focusing on sales and marketing. She recently moved from San Francisco to New York City to expand her career at Google by joining the Waze marketing and advertising team.

Connect with Kendra on LinkedIn.

Power. Privilege. Race. Identity. Gender. Sexual Orientation. Class. Illuminating our various complexities as individuals, we can recognize ways that we can use our privileges individually and collectively - but only if we are honest and open with ourselves. This is an opportunity to identify and address both obstacles and benefits experienced in our circle of life.

Brandon Allen served as the Central Region Vice President during the 2016-2017 school year. Since then he hasn’t slowed down a bit. He’s has continued to share stories and deliver uplifting messages across the country. He just completed his reign as the 42nd Mr. Howard University and was recently featured on The Emmy winning Daytime talk show “The Real” and in The Washington Post for his community efforts and advocacy

Connect with Brandon on LinkedIn.

The GRIT It Takes to Seek Success

The secret to outstanding achievement is not talent or privilege, but grit: a special blend of passion and persistence for long-term goals. I credit the grit instilled in me at a young age to overcome various adversities in my life, including growing up in a humble household, learning English at a young age and being the first in my family to pursue post-secondary education. DECA continuously provides members, including myself, with endless opportunities to promote grit in their daily lives and helps pave a pathway for seeking success and helping members pursue their goals.

Juan Pablo Sanchez served as the North Atlantic Region Vice President during the 2014-2015 school year. Since then, he has earned his BSPH from the University of South Florida College of Public Health. Born in Colombia, Juan is a public health professional pursuing a Master of Public Health at USF. Growing up in Easton, Pennsylvania, as the proud son of hard-working immigrant parents, Juan is motivated to end the cycle of poverty in his family through his pursuit of higher education. The trajectory of his life was transformed when he became the recipient of the Bill and Melinda Gates Millennium Scholarship, a ten-year full-ride scholarship for his bachelor’s, master’s, and doctorate degrees in public health at any American accredited university.

Connect with Juan on LinkedIn.

In an evolving and interconnected world, our daily lives — from home, to school, to work — continue to change with the latest piece of technology or the newest trends. In this age of technology, how can we capitalize on connections we make in college and careers, and what’s important to public leaders, businesses and organizations in the next generation? In this DECA Talk, we’ll encompass the interconnectivity evolution of the modern age and the best ways to stand out and take ownership of the future.

Carter Christensen served as the High School Division President during the 2013-2014 school year. Since then, Carter has worked in political, communication and marketing arenas after completing his undergraduate degree at the University of Minnesota, Twin Cities in 2017. Carter now lives and works as a communications professional in Washington, D.C.

Connect with Carter on LinkedIn.

Success Is Impossible Without Failure

Success and fulfillment are not straight lines. Success is impossible without failure. Isaac will show you that regardless of where you are in this organization and no matter how you define success, DECA can start you on your life’s ultimate power trip. Here we go!

Isaac Robinson III served as the Central Region Vice President during the 2008-2009 school year. Since then, he has been a results-oriented business leader with demonstrated success in change management, growth strategies, operational excellence and healthcare administration. An executive officer and twice-elected chartered association officer, Isaac understands first-hand what it means to say, “I am DECA.” Currently, in his fourth career, he has managed to not only adapt but thrive. Regardless of how much time passes since the last time he sat in a classroom or workshop as a high school DECA member, when asked how he’s been able to excel, his response is the same: ”I was lucky enough to be a DECA member.”

Connect with Isaac on LinkedIn.

The Journey from Independence to Guidance

Independence has been a key attribute in my life for as long as I can remember. Growing up as a first-generation American and eventually a first-generation college student, I have always had the drive to develop and learn from my surroundings independently. What life quickly taught me is that it’s just as important to seek out help and guidance from others. Throughout my life, I have turned to advisors, counselors, coaches and friends/family to seek opportunities to learn and develop in my professional life. This talk will discuss the teachings I’ve learned independently and from the guidance of others.

Amar Hodzic served as the Southern Region Vice President during the 2014-2015 school year. Since then, he has graduated from North Carolina State University with a degree in Business Administration and concentrations in Marketing and Data Analytics. He currently works as a Digital Marketing Program Specialist at Cisco Systems and calls Raleigh, NC home.

Connect with Amar on LinkedIn. 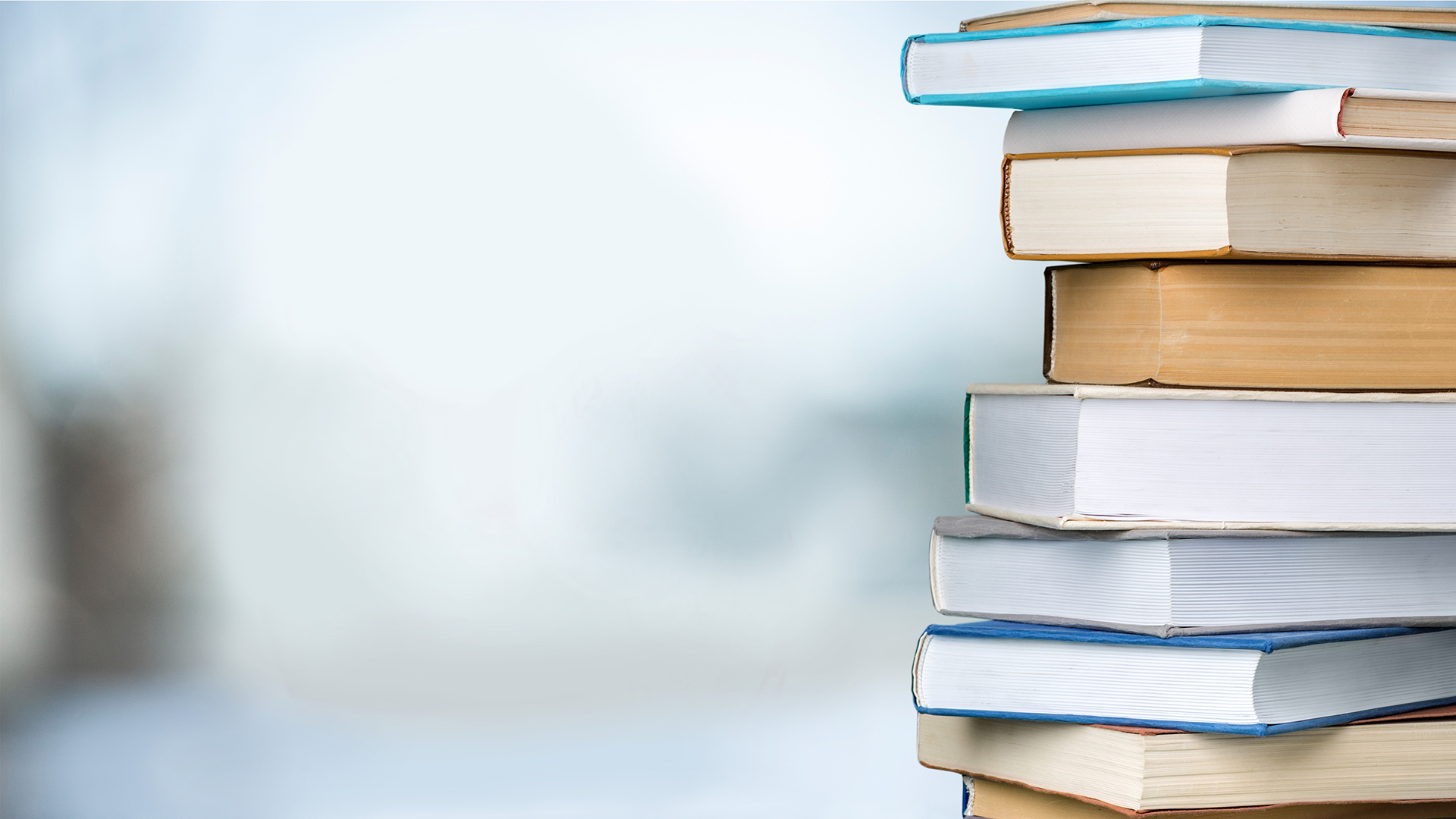 Five Business and Leadership Books That Should Be on Your List

Throughout my academic career, I have found that a good book is hard to beat. I can honestly say that certain books have even changed my life—everything from basic tasks such as how I make my bed, to greater things like the way I think and process information. 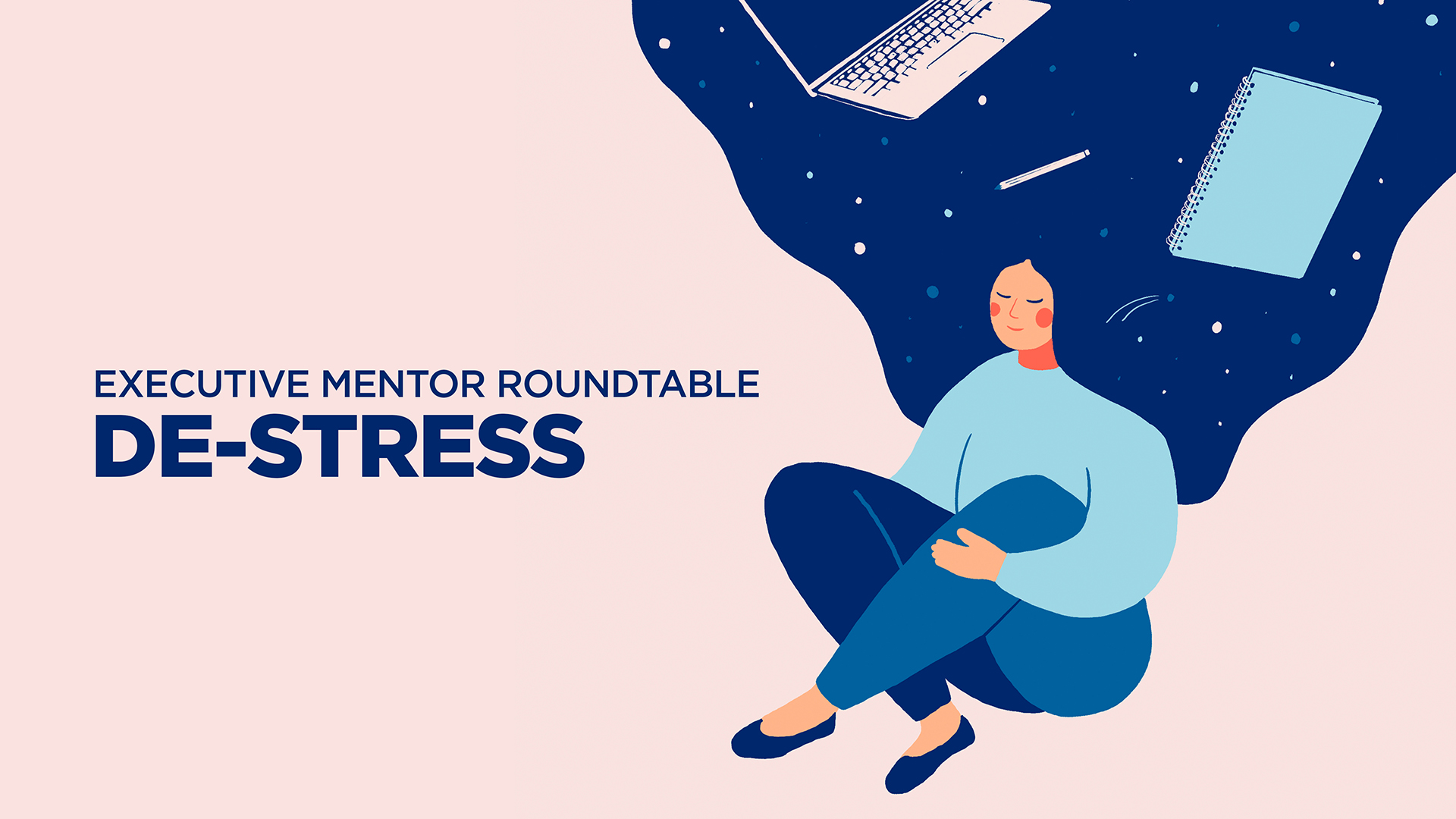 Check out DECA’s Executive Mentor Roundtable on “De-stressing." Two executives share how stress—good and bad—plays a role in their everyday lives and offer tips and tricks to help you manage your stress in your personal and professional life. 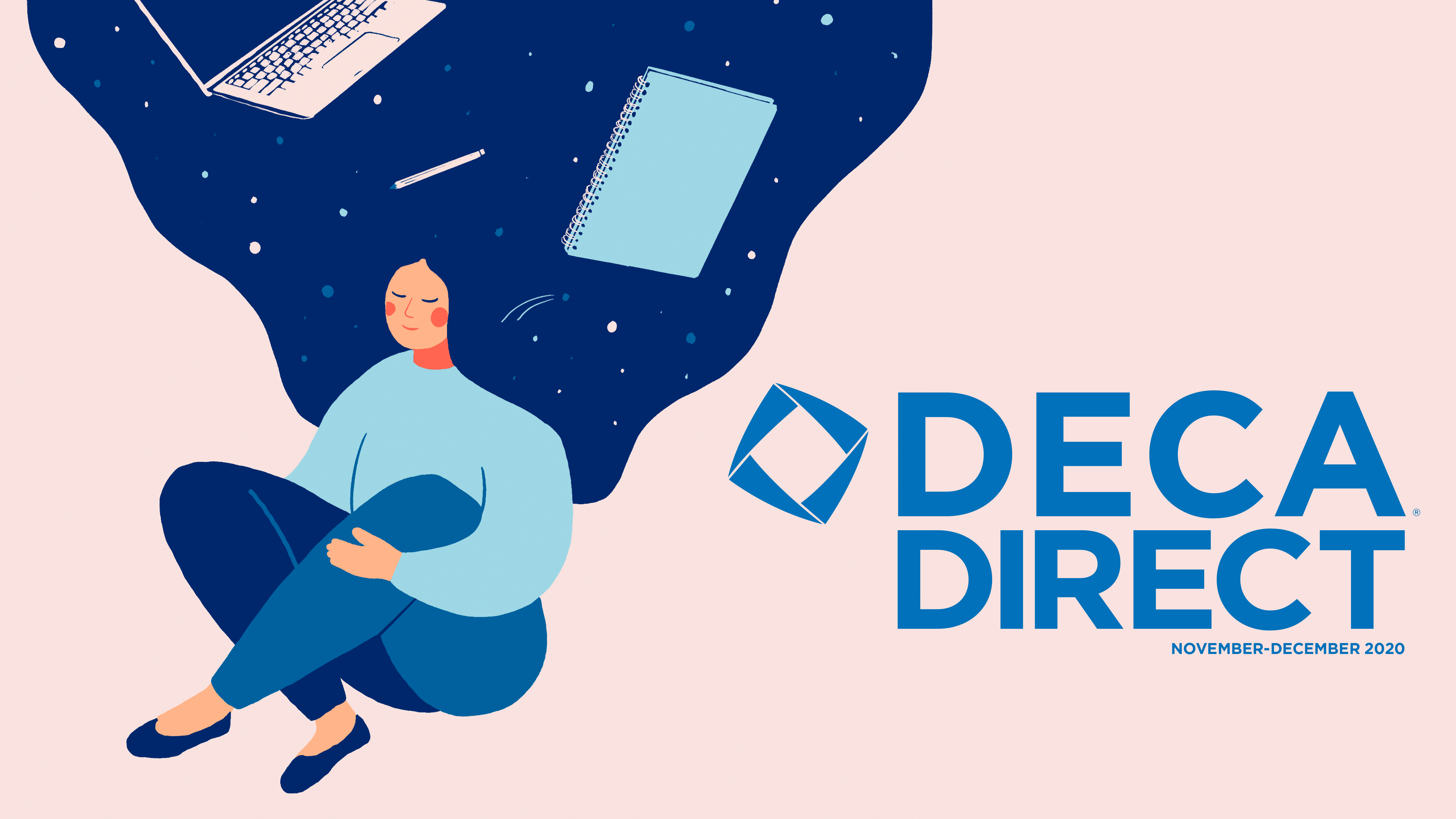 Between school, volunteering, extracurricular activities and DECA, there’s never a shortage of things to do! Learn how to hit pause, slow down and discover the best ways to manage your stress. 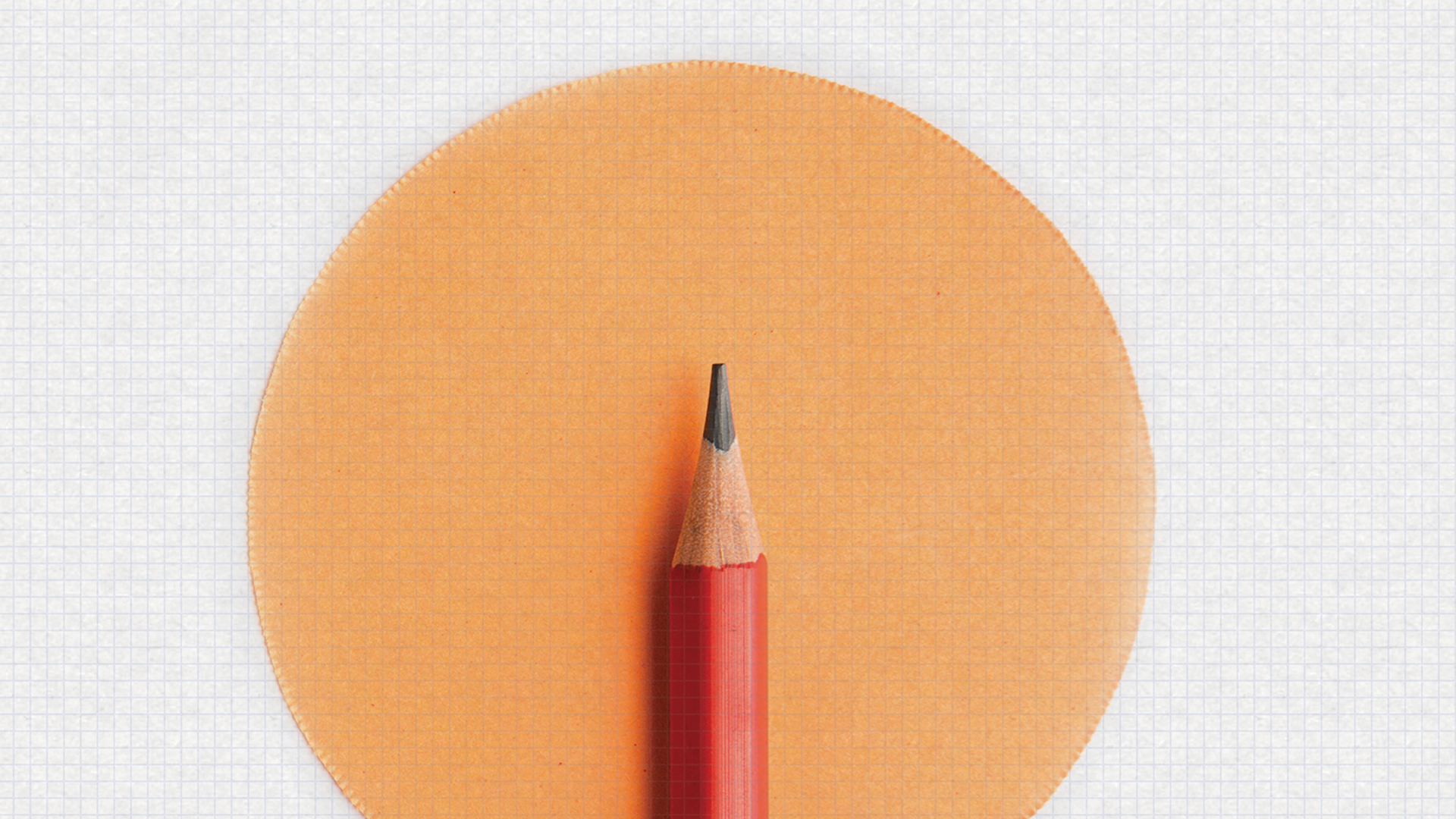 Build Better Habits (and Break Your Bad Ones!)

Having the right habits is more important than ever as you navigate a busy school year. Read on to learn how you can create better habits in any area of your life, plus our tips and tricks for getting rid of your bad habits for good!